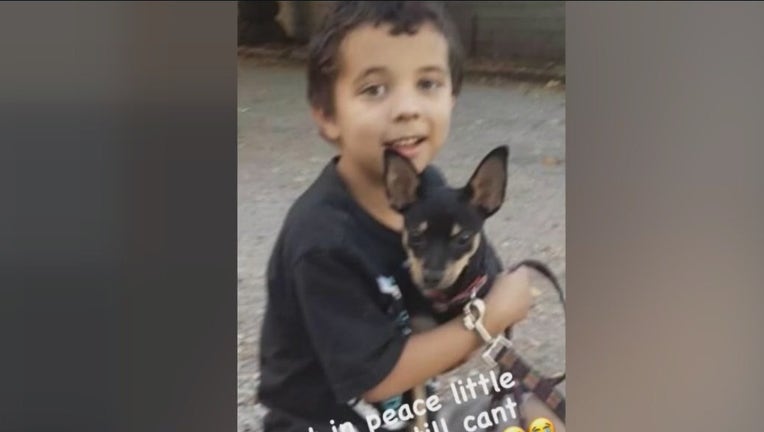 PASADENA, Calif. - Pasadena police are asking for the public's help in identifying the suspect responsible for the fatal shooting of a teenager.

13-year-old Iran Moreno was playing video games in his bedroom when he was struck by a stray bullet and killed.

Police just released video of the suspect and the car involved.

Police are asking for the public's help in locating the suspect who is responsible for killing a young boy.

$10,000 reward offered in search for killer of 13-year-old Pasadena boy

According to investigators, a gray Ford Fusion stopped in a parking lot across from Iran's home. The suspect exited the vehicle through the passenger side and fired two gunshots. One of the bullets struck Iran.

The vehicle is described as a 2017 to 2020, 4-door gray Ford Fusion. The suspect is a man who was wearing a dual-colored hoodie or long-sleeved shirt.

A $85,000 reward being offered for information that leads to the arrest and conviction of the suspect.

Anyone with information is encouraged to call Pasadena Police at (626)- 744-4241 or report information anonymously by calling "Crime Stoppers" by dialing (800) 222-TIPS (8477), or visiting lacrimestoppers.org.