Teen killed by stray bullet: Community seeking answers after 13-year-old gets shot in own room

The community is demanding the shooter to turn themselves in after a stray bullet killed a young boy playing video games in his room.

PASADENA, Calif. - Pasadena police said a teenager who was playing video games was killed in his own bedroom by a stray bullet that was shot through a window.

The tragic event occurred at a home located near the intersection of Fair Oaks Avenue and West Mountain Street just before 6:15 p.m. Saturday.

Police say multiple shots were fired at the home, ultimately killing the teen, later identified as Iran Moreno. The entire family was home at the time of the shooting.

The target of the shooting was unknown, but it did not appear to be the boy, police said. It is unknown if it was a drive-by shooting or if someone walked up to the home. Police are also working to determine if the shooting was gang-related.

Police say a 13-year-old boy was playing video games when he was struck by a stray bullet that went through his bedroom window.

City leaders are demanding the alleged shooter to come forward after a stray bullet killed a 13-year-old boy who was playing video games in his own bedroom.

Investigators have no suspect information but are asking the public to come forward with information.

"We're looking at all the available video that we have,'' Pasadena Police Chief John Perez said Sunday at a morning news conference at City Hall. 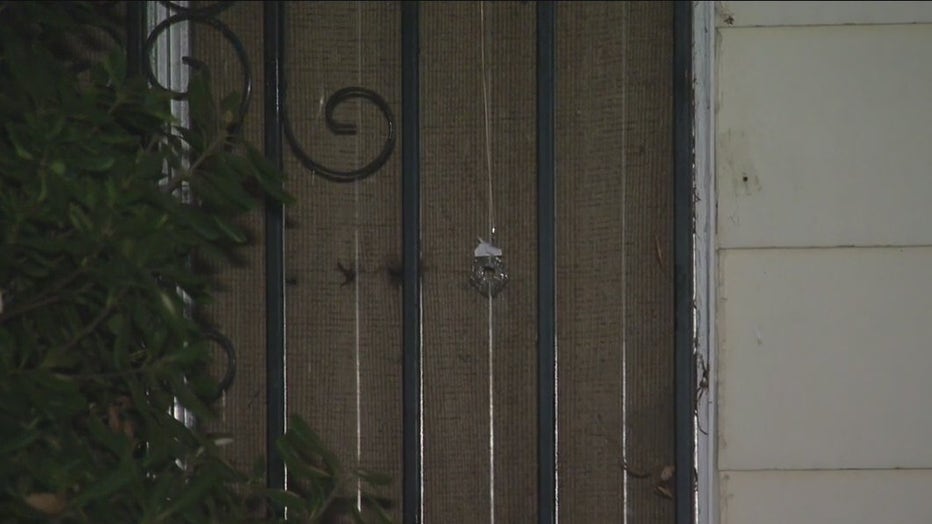 "There's so much we have to look at because there are hours and hours of it… We don't just look at the time it occurred. We go from before and after and we pull so much from so many places, it takes a lot of time. And so we still have to go back today and knock on doors and try to find more."

The City of Pasadena is offering a $10,000 reward for information that leads to the arrest and conviction of the suspect(s) responsible for Moreno's murder.

Anyone with information is encouraged to call Pasadena Police at 626-744-4241 or provide information anonymously by contacting Crime Stoppers at 800-222-TIPS (8477) or lacrimestoppers.org. People can also provide tips with a smartphone by downloading the P3 Tips mobile app.