A police investigation is underway in Pasadena following a crime spree in a neighborhood that resulted in a homicide, according to police.

PASADENA, Calif. - A police investigation is underway in Pasadena following a crime spree in a neighborhood that resulted in a homicide, according to police.

On Tuesday, at around 2:30 p.m., Pasadena police officers received calls of shots fired in the area of Orange Grove Boulevard and Sunnyslope Avenue. 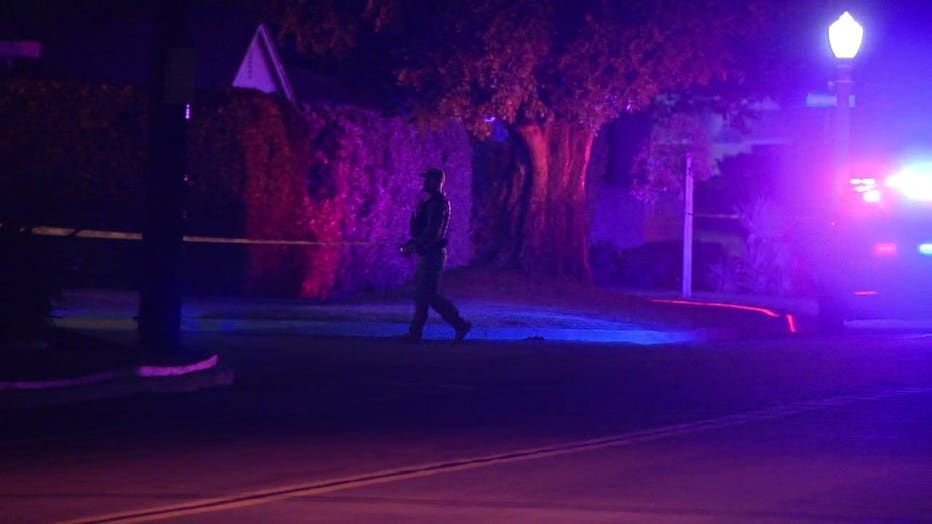 Police said when they arrived on scene, they found a man in his 70s who was struck by gunfire several times and a man in his 20's with a firearm – who police believe shot the elderly man – started running from the scene.

Police said the suspect then carjacked a vehicle and tried holding the female driver hostage, but then started running again. Officers told FOX 11 that gunfire erupted between the suspect and the officers, and the suspect then took another woman hostage at gunpoint.

The hostage victim was rescued and unharmed, according to police.

Pasadena Police Chief John Perez said the suspect died from a gunshot wound, either self-inflicted or from an officer's gunfire. That part of the investigation is ongoing.

Police also haven't been able to determine the suspect's connection to the victims, if any.

"We don't know if they've known each other. If there was an issue or some kind of concern with a business or a house or domestic. We have no idea what connects them at this point," said Chief Perez.

The identities of the suspect nor the victims are being released at this time.

Perez said the incident does not appear to be gang-related and is not connected to any other recent crimes in the Pasadena area.