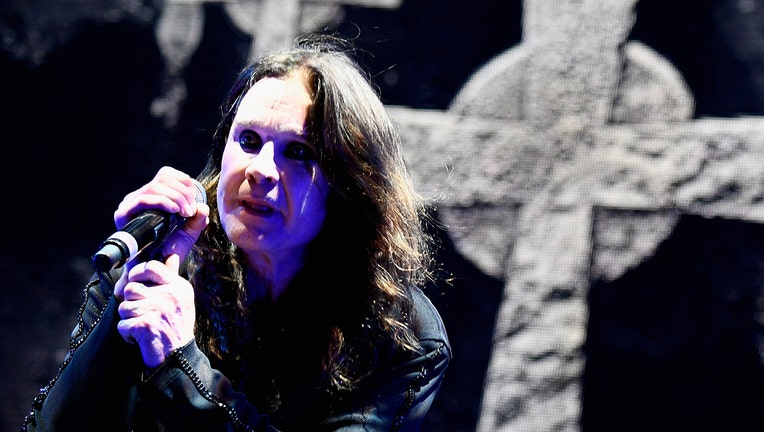 For the Prince of Darkness, 2019 was a rough year.

In an interview with Robin Roberts on "Good Morning America," Ozzy Osbourne revealed that he had a "miserable" year after falling in the bathroom.

“When I had the fall, it was pitch black. I went to the bathroom and I fell," recounted Osbourne, 71, while sitting next to his wife, Sharon Osbourne. "I just fell and landed like a slam on the floor and I remember lying there thinking, ‘Well, you’ve done it now,’ really calm. Sharon [called] an ambulance. After that, it was all downhill.”

The musician revealed he was diagnosed with Parkinson's disease, which is a neurodegenerative disorder that typically develops slowly over years, although not all patients are affected the same. It can cause tremors, limb rigidity, gait and balance issues as well as slowness of movement. There is no known cure for the disease, but patients can seek treatment through various medications and surgery, according to the Parkinson’s Foundation.

"It's PRKN 2," Sharon shared of Ozzy's diagnosis. "There's so many different types of Parkinson's; it's not a death sentence by any stretch of the imagination, but it does affect certain nerves in your body. And it's -- it's like you have a good day, a good day, and then a really bad day."

The two then noted that he's been recovering from the fall for nearly a year now.

"Next month, a year," recounted the rock star. "Worst, longest, most painful, miserable year of my life."

Osbourne's fall resulted in him receiving 15 screws in his spine, which was followed by multiple hospitalizations, ultimately causing him to delay his tour.

"I'm not dying," Osbourne said in a video he shared to Twitter in October 2019. "I am recovering, it's just taking a little bit longer than everyone thought it would. I'm bored stiff of being stuck on a f-----g bed all day."

In the same video, Osbourne thanked fans for their support before saying: "Now will you f--k off and let me get better?"