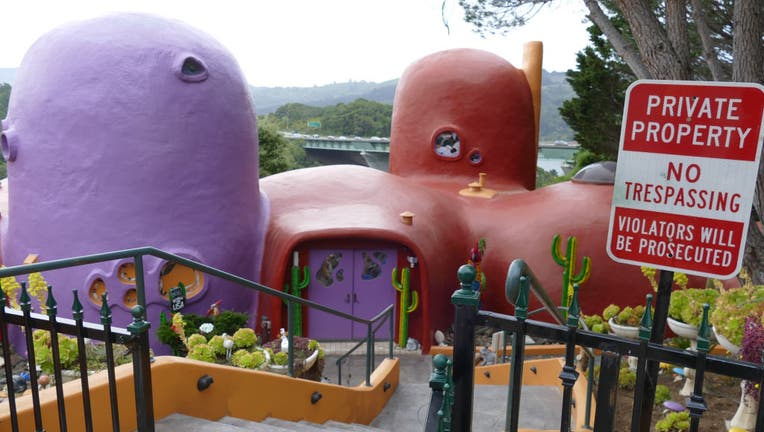 Technically, the owner of the fanciful Flintstones house in a posh San Francisco suburb settled a lawsuit with the town of Hillsborough. But the agreement will allow Fred and his friends to remain.

In a yabba dabba dispute that pitted property rights against government rules that played out in international media, retired publishing mogul Florence Fang defended her colorful, bulbous-shaped house and its elaborate homage to "The Flintstones" family, featuring Stone Age sculptures inspired by the 1960s cartoon, along with aliens and other oddities.

The town, however, called the towering dinosaurs and life-size sculptures "a highly visible eyesore" and sued Fang, alleging she violated local codes when she put dinosaur sculptures in the backyard and made other landscaping changes that caused local officials to declare it a public nuisance. 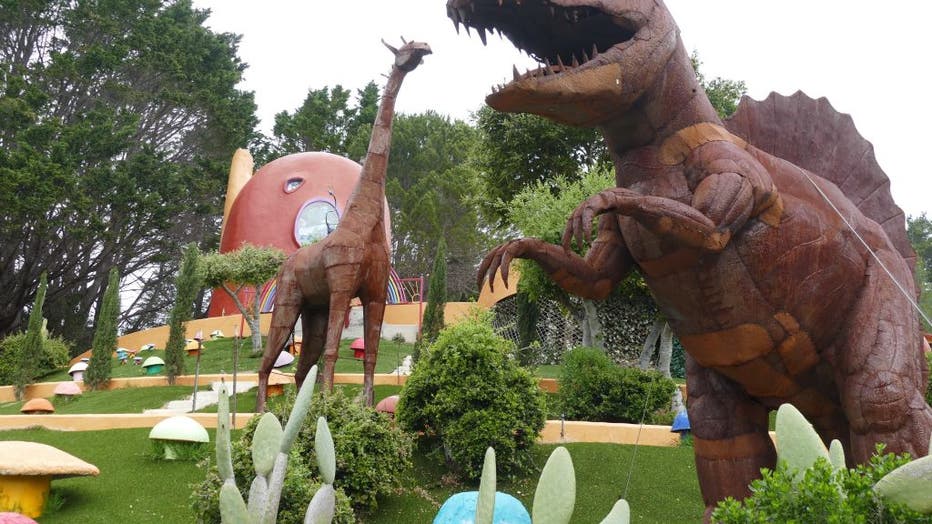 An attorney for the town previously said residents are required to get a permit before installing such sculptures, regardless of the theme.

Hillsborough went to court in 2019 after Fang failed to comply with multiple stop-work orders, as well as an order to remove the features around the multimillion-dollar property with its 2,730-square-foot (254-square-meter) home. Fang counter-sued. The Daily Post in Palo Alto first reported news of the settlement on Thursday.

According to records, the settlement stipulates that the town will review and approve a survey of the landscaping improvements. In turn, Fang will apply for building permits. The town will also pay Fang $125,000, and she will drop the lawsuit — which was dismissed in state court on April 27.

No news on Barney Rubble’s role in the matter.