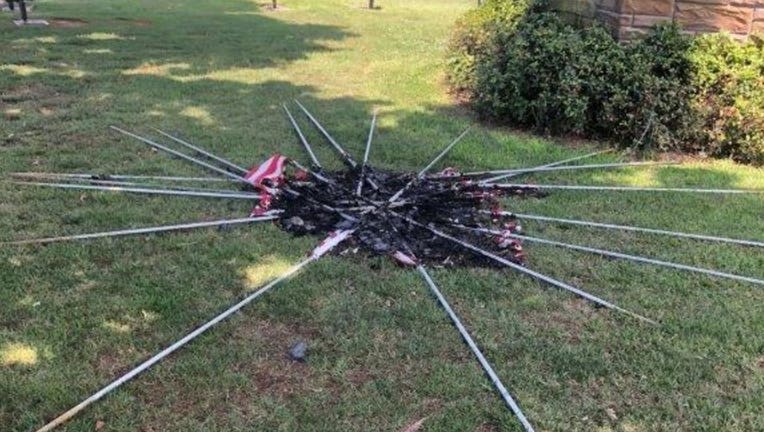 ANDERSON, S.C. - More than 20 flags were taken from graves at an Anderson, South Carolina, cemetery just before the Fourth of July.

An unknown suspect or suspects collected 21 flags, piled them on cemetery grounds and burned them around 10:30 p.m. on July 3, leaving behind only scorched remains, Forest Lawn Memorial Park manager Joe Owens confirmed to Fox News.

"I’m excited to announce that Forest Lawn Memorial Park has accepted my offer to replace the 21 American flags that were burned by vandals with 22 flags, so that our whole community knows that the values our flag stands for can never be destroyed and that no amount of intimidation will cause us to shy away from showing our pride for this country," Rep. Jeff Duncan told Fox News in a Wednesday statement.

The perpetrator(s) also vandalized the cemetery's bell tower with graffiti that appears to read, "Seperating [sic] church and state," Owens said in a July 3 statement.

"The flags were placed in our cemetery to celebrate the 245th birthday of Our Nation's Independence," Owens said, adding that it is the second time American flags have been burned at the Forest Lawn Memorial Park in Anderson.

Duncan posted about the incident on social media and promised the perpetrator(s) that he would "personally assist" them in leaving the United States.

"To the disturbed person who did this: if Old Glory is so triggering to you, why not leave the country?" he wrote on Facebook and Twitter. "If you contact my office, and I will personally assist you with the paperwork needed for you to leave this country and denounce your citizenship." 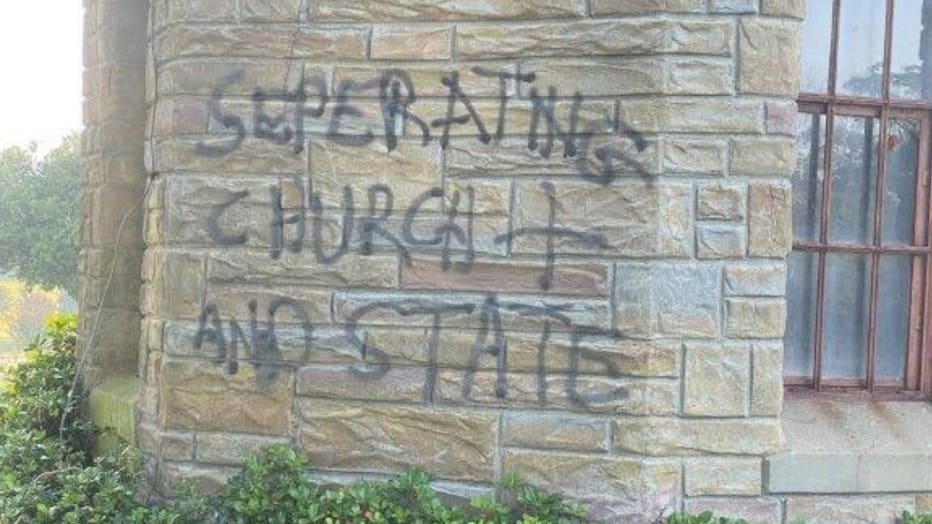 Duncan also referenced a May incident during which he helped some Anderson-based small-business owners replace American flags after suspects stole them from their property, WSPA reported at the time.

Owens said in his statement that he doesn't understand the meaning of the graffiti on the cemetery's bell tower and what it has to do with Forest Lawn.

"Each year we place these American flags to celebrate our freedom, in memory of those who have fought for, are fighting for and the future patriots that will be called upon to fight our country’s independence," he said.

The Anderson County Sheriff's Office is investigating the incident, but the unknown suspect or suspects were not caught on any of the cemetery's security cameras.

"Investigators have reached out to the local Crime Stoppers organization asking for reward assistance and any information about the incident," Public Information Officer Stephen Combs told Fox News.