OC Sheriff Don Barnes is rejecting a judge's order that asks inmates to be released from county jails amid coronavirus concerns.

"I refuse to release murderers and pedophiles," Sheriff Barnes said.

The order from a Superior Court judge asks for the release of nearly half the inmates in Orange County jails under their own recognizance, with ankle monitors, for example. More than 40 inmates tested positive across the county, but most are asymptomatic, according to officials with the Orange County Sheriff's Department.

One of the inmates who tested positive was taken to the hospital but is expected to recover, according to Sheriff Barnes, who insists he can get the jail’s infection rate back to zero.

OC DA Todd Spitzer shared his concerns, confirming that the first person to ask for release under this latest order, is a 72-year-old inmate who is charged with kidnapping and extortion of an Irvine woman. Ezra Schley, of Huntington Beach, is one of the four suspects charged in connection with kidnapping the woman and then holding her for two days in an attempt to extort a large sum of money from the woman's family. 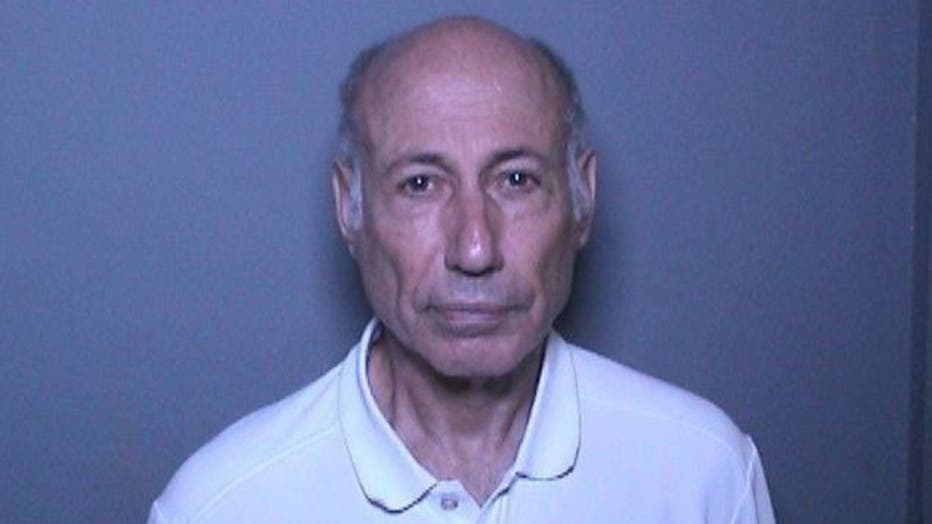 The woman was eventually rescued after her mother-in-law called police in Irvine to conduct a welfare check on the woman.

Spitzer says his numbers indicate of the almost-2,000 inmates already released from OC jails due to COVID-19 concerns, 44% have committed other crimes, including a 23-year-old man who is accused of stabbing and killing his 17-year-old ex-girlfriend. He had been released on zero bail three weeks prior.

The jail population in Orange County has already been reduced by 33%, but a recent uptick in coronavirus cases has health officials worried. The judge’s order comes out of an ACLU lawsuit to reduce the jail population to allow for more social distancing during the pandemic.

The Sheriff tells FOX 11 that if the judge wants to release anyone, he better pick the names of who he wants. Sheriff Barnes insists he will not do it.

“It’s dangerous. These people are not here for minor offenses," Sheriff Barnes said.

Families say their loved ones deserve to be safe from the pandemic, while victim advocates say it’s the victims that deserve to feel safe, which they don’t, with their perpetrators getting out.

“I am getting calls from hysterical people, thinking that their cases will come undone, or these criminals will go after them,” says Patricia Wenskunas, from Crimesurvivors.org, who says she wants victims to know they are not alone.

Orange County Supervisors are meeting with DA and Sheriff officials, hoping for some solution, before the order takes effect before the end of the month.

Below is a press release from Spitzer's office regarding the judge's order: