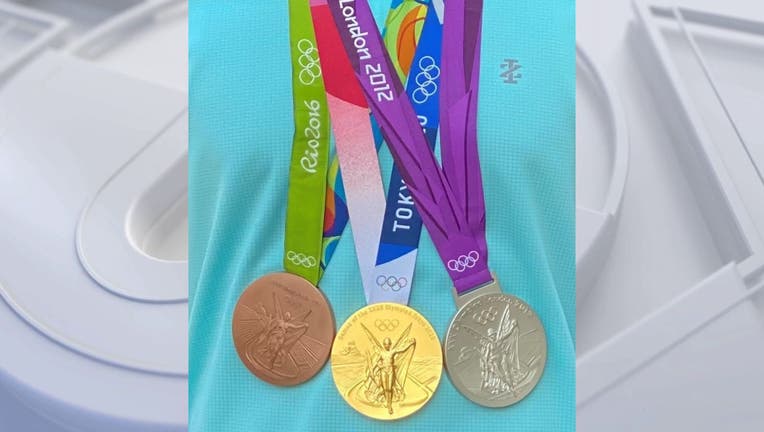 ORANGE COUNTY, Calif. - Investigators in Orange County are searching for three Olympic medals that were stolen from a house in Laguna Hills.

According to the sheriff’s department, on Oct. 29 a home on the 25000 block of Black Horse Lane was burglarized in the evening.

It is not clear who the medals belong to, but the person competed in the US Women’s Volleyball team in London 2012, Rio 2016 and Tokyo 2020 games.

The medals were being temporarily stored at the house, the sheriff’s department said in a statement.

No arrests have been made and no description of the suspect(s) was released.