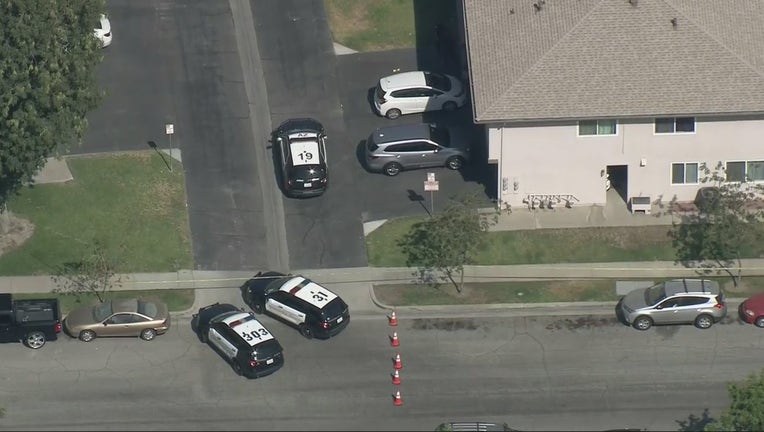 AZUSA , Calif. - A man was shot to death by Azusa police on Sunday following a domestic dispute, authorities said.

According to sheriff’s department, Jerome Barber, 59, was pronounced dead on the scene.

Azusa police responded to a domestic dispute call and were allegedly confronted by a man holding a knife, according to Deputy Eva Jimenez of the Los Angeles County Sheriff's Department, which was assisting Azusa police in the investigation.

Officers reportedly ordered the man to drop the knife a number of times, she said.

The man refused to drop the knife and walked in and out of his house a number of times looking frustrated and irritated, Jimenez said. He then allegedly rushed toward the officers, who initially used less-lethal weapons to try to stop him, she said. When that did not work, an officer fired at the man, killing him, according to Jimenez.