We hear from the attorney representing the Orange County mother who made headlines after she was accused of poising her husband's lemonade. The mom, Yue "Emily" Yu, felt she was being set up by her husband, the attorney said.

IRVINE, Calif. - An Orange County mother made headlines after she is accused of poisoning her husband's drink.

Screenshots taken from a nanny cam showed the woman pouring liquid from a big red container. 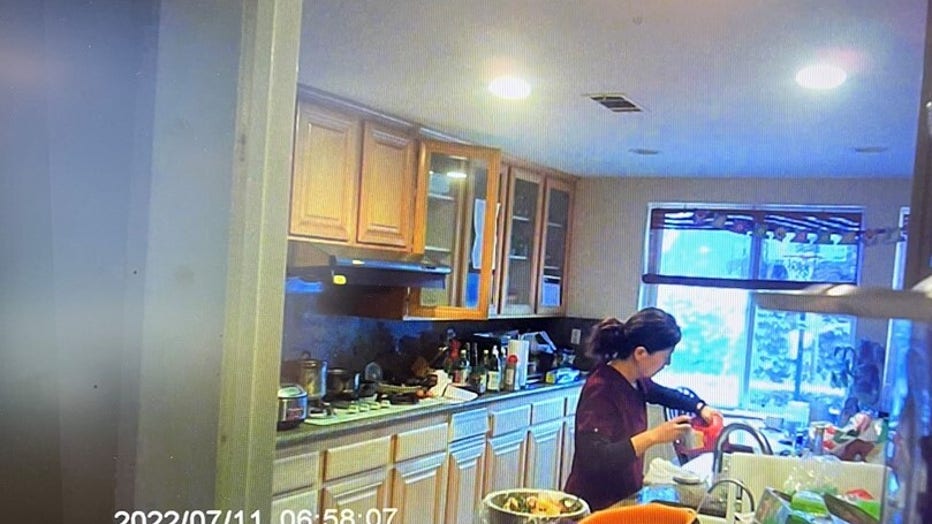 Now, FOX 11 is hearing from the mother's side of the story through the woman's attorney.

Yu's attorney, David Wohl, said the mother believes she was being set up by her husband, as a way for him to get custody of the couple's two children.

"It's her belief that this has been an effort of his long term to set her up somehow, to gain the advantage to get custody of the kids. It's also important to understand that immediately after her arrest, her husband filed divorce documents and custody documents that he had been preparing, obviously, for quite a while," Wohl said.

Wohl adds Yu was aware of the nanny cams around the family's home.

The alleged poisoning incidents left the husband with ulcers, gastritis and esophagitis, according to court documents.

The husband said in a court document that he was being abused, "both verbally and emotionally" by his wife and his mother-in-law. He also claims that the pair were also verbally and physically abusive to the couple's children.

In his application for a restraining order, he is seeking sole custody of the kids.