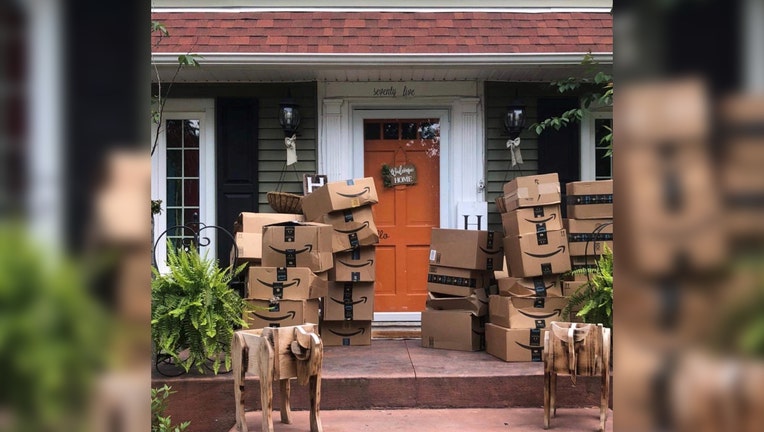 A few of the hundreds of Amazon packages Cannan received.

BUFFALO, N.Y. - A woman in Buffalo, New York received hundreds of packages from Amazon that she did not order and decided to do something useful with the surplus items.

Jillian Cannan owns her own small business called Loaded Lumber, so she’s used to receiving packages at her home.

But starting on June 5, Cannan began receiving packages that neither she nor her business partner ordered from Amazon. While it was strange, she had heard of people receiving packages here and there that they did not order and put the packages aside.

Within the next few days, Cannan starting receiving more packages of the same items she did not order — face mask brackets — and the loads were becoming bigger and bigger.

"My business partner and I always order things from Amazon and it’s usually shipped to my house and then I bring it into the studio. The first set of packages came and I opened it, not even looking at the name, thinking that it was something that she (Cannan’s business partner) would have ordered," Cannan told FOX TV Stations.

RELATED: 4-year-old inadvertently buys over $2,600 worth of Spongebob popsicles on Amazon

But when Cannan opened the package to see a couple dozen face mask brackets, she was confused and asked her partner why she ordered them in the first place.

"She was like, ‘I don’t know what you're talking about, I didn't order them,'" Cannan continued. So she looked at the name and address on the box and while the address was correct, the name was not, Cannan said.

As the packages started to pile up in Cannan’s home, she decided to contact Amazon to see what was going on.

Amazon told Cannan that they would work to figure out why she had gotten the unwanted orders and told her she could keep whatever items she received while the company got to the bottom of the issue.

"It was like a Friday and we were going somewhere, so I took all the packages off the front porch and I put them behind the gate. Probably like 30 minutes later, I get a call from my best friend’s mom and she’s like, ‘I just drove by your house and there’s like 30 packages on your porch.’ And I was like, ‘No, I just moved all the packages back behind the gate, no there’s not,’" Cannan said.

But to her bewilderment, when Cannan got back home, there were indeed another few dozen packages waiting for her on her front porch to add to the growing collection of face mask brackets she did not order.

As the days passed, the frequency of the deliveries began to increase. Cannan said she was starting to get between three and four deliveries a day, and all of the packages contained face mask brackets. 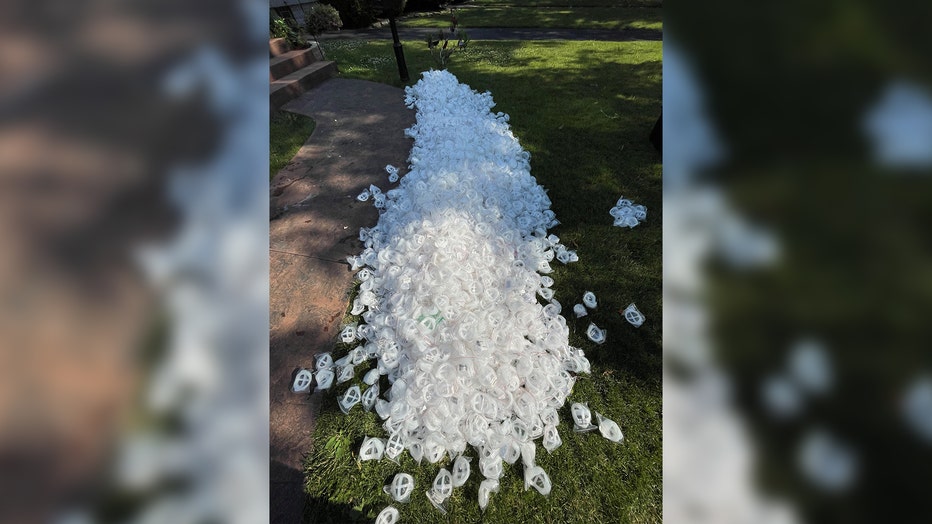 Orders were coming from every delivery company, including USPS, UPS and Amazon Direct.

"And by the very end of it, they were coming by freight truck," Cannan said. "On a pallet, delivered to my driveway." 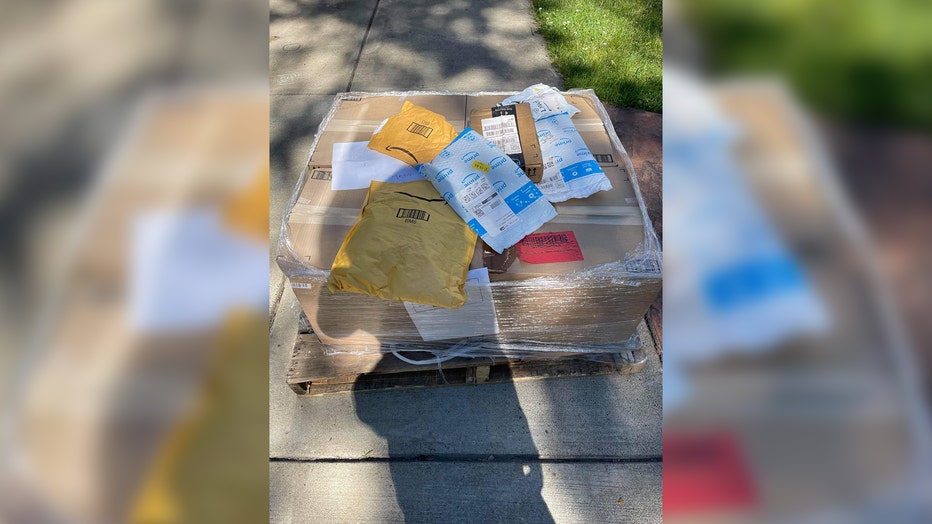 Seeing as how she did not need the nearly 100,000 face mask brackets she amassed over several days, Cannan came up with a use for them.

"Throughout all of this, I own a creative studio, we do a lot of DIY projects, so my wheels were already turning. What can I do with these? Can we turn them into a craft? What is this going to be? Ultimately, there’s not really anything else that you can use this for, believe me we have tried," Cannan said.

Since children and hospital staff still have to wear masks while inside hospitals during the ongoing COVID-19 pandemic, she thought, "Why not do a DIY mask-decorating kit for kids?"

Cannan decided to enlist the help of Amazon to donate more items to create the kits and then give them away to local children’s hospitals for free. 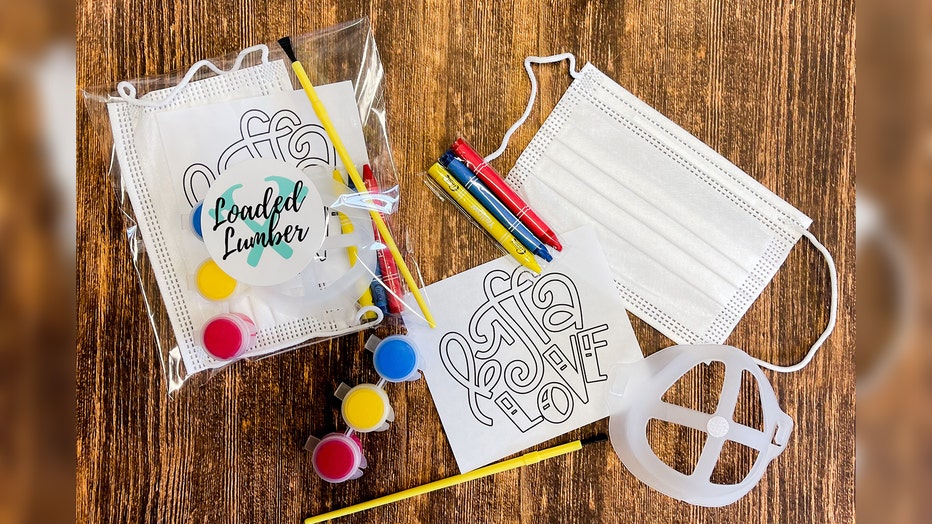 "In the end, they (Amazon) pulled through. They’re getting us the supplies. They should be here in a couple days, so the story has taken on a life of its own," Cannan said.

And while receiving such massive orders of items she didn’t want to begin with was inconvenient, the outcome was positive.

"In the grand scheme of things, after the last year that we’ve had, it could honestly be worse," Cannan said.

Cannan hopes that she can get the kits together in the next couple of weeks and have them donated to local children’s hospitals in her area.

Each kit will contain a face mask, a face mask bracket, paint, crayons and a coloring page for the kids to enjoy while they decorate.

"These packages were sent to the wrong address and we appreciate Ms. Cannan and her family’s patience and creativity as we resolved the situation," an Amazon spokesperson said in an emailed statement.