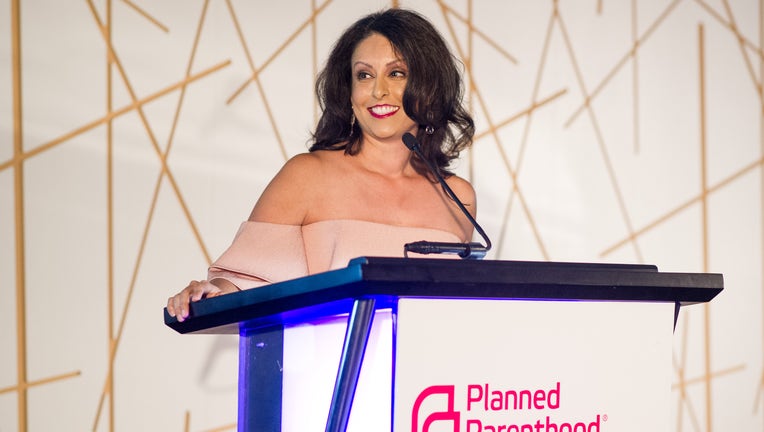 LOS ANGELES - Los Angeles City Councilwoman Nury Martinez was chosen by her colleagues today to become the next council president, making her the first Latina to be selected to the post.

Martinez will replace outgoing Council President Herb Wesson, who decided to relinquish his title to focus on his campaign for Los Angeles County Supervisor in District 2. He will remain on the council until his term is up in November.

"I want to thank Council President Wesson and my City Council colleagues for their overwhelming support and partnership," Martinez said.

"As the daughter of Mexican immigrants, it is not lost on me that in one of the most diverse cities in the world and the second-largest city in the nation, I will soon become the first Latina city council president in Los Angeles' storied history."

Wesson, who has been on the council since 2005, has served as council president since 2011. He will relinquish that title on Jan. 4.

Martinez hailed Wesson's leadership, saying he "has demonstrated time and time again his commitment to this council and his commitment to the 4 million people that reside in our city." She noted that Wesson was the first black council member to serve as president.

Martinez gave a passionate speech about her upbringing, saying it was her humble beginnings that brought her to where she is today. She said she continues to rely on the lessons she was taught by her parents.

Martinez is the second woman ever elected to serve as city council president. Until Martinez, Councilwoman Pat Russell was the first and only woman elected by her peers in 1983. Councilwoman Ruth Galanter assumed the title of Council President as part of her duties as president pro tempore leading up to and following the death of then-Council President John Ferraro in 2001.

The city council president has a great amount of power -- the president is in charge of overseeing which committees will deliberate motions and resolutions and appoints the members of the City Council's committees.

Martinez said she will detail her plans for the City Council on Jan. 14, but she highlighted some critical issues she wants to address immediately.

The council also voted to appoint Councilman Joe Buscaino as its next president pro tempore.

"It's a time of challenges and opportunities, and I believe ... Martinez is just who we need at this moment," Buscaino said. "I have learned that we share many of the same values since we were both raised by immigrant parents. I am most excited about working with (Martinez) because she shares my sense of urgency about addressing our most pressing problems."

Buscaino said he wants to ensure the city is using everything at its disposal to address issues in the near future.

"We have many problems to solve in this city, and we can do it more effectively if we're open to new points of view, new information and new ideas," Buscaino said. "I look forward to a constant evaluation and reevaluation of our policies to solutions to solving the city's problems. We cannot shy away from our charter mandated duty to conduct oversight of city departments and ensure resources are being deployed efficiently and effectively."

Wesson called for one last round of applause before resuming the council meeting.

"We are certain that you are up to the task," Wesson said to Martinez and Buscaino.