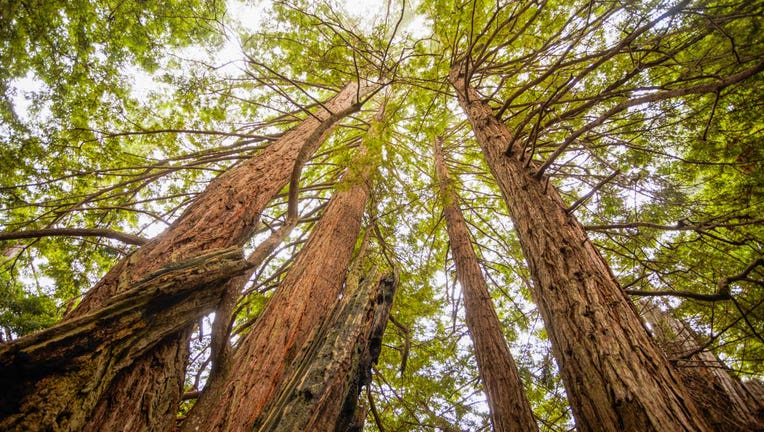 The Lost Coast Redwoods property near Rockport, California on December 3, 2021.

MENDOCINO, Calif. - The descendants of Native American tribes on the Northern California coast are reclaiming a bit of their heritage that includes ancient redwoods that have stood since their ancestors walked the land.

Save the Redwoods League planned to announce Tuesday that it is transferring more than 500 acres on the Lost Coast in Mendocino County 225 miles north of San Francisco to the InterTribal Sinkyone Wilderness Council.

The group of 10 tribes that have inhabited the area for thousands of years will be responsible for protecting the land dubbed Tc’ih-Léh-Dûñ, or "Fish Run Place," in the Sinkyone language.

Priscilla Hunter, chairwoman of the Sinkyone Council, said it’s fitting they will be caretakers of the land where her people were removed or forced to flee before the forest was largely stripped for timber.

"It’s a real blessing," said Hunter, of the Coyote Valley Band of Pomo Indians. "It’s like a healing for our ancestors. I know our ancestors are happy. This was given to us to protect."

MORE: California's Lost Coast redwoods could be saved from logging

The transfer marks a step in the growing Land Back movement to return Indigenous homelands to the ancestors of those who lived there for millennia before European settlers arrived.

The league first worked with the Sinkyone council when it transferred a 164-acre plot nearby to the group in 2012.

The league recently paid $37 million for a scenic 5-mile (8-kilometer) stretch of the rugged and forbidding Lost Coast from a lumber company to protect it from logging and eventually open it up to the public.

Opening access to the public is not a priority on the property being transferred to the tribal group because it is so remote, said Sam Hodder, president and CEO of the league. But it serves an important puzzle piece wedged between other protected areas.

Steep hills rise and fall to a tributary of the Eel River that has steelhead trout and Coho salmon. The property was last logged about 30 years ago and still has a large number of old-growth redwoods, as well as second-growth trees.

"This is a property where you can almost tangibly feel that it is healing, that it is recovering," Hodder said. "You walk through the forest and, even as you see the kind of ghostly stumps of ancient trees that were harvested, you could also in the foggy landscape see the monsters that were left behind as well as the young redwoods that are sprouting from those stumps."

The league purchased the land two years ago for $3.5 million funded by Pacific Gas & Electric Co. to provide habitat for endangered northern spotted owl and marbled murrelet to mitigate other environmental damage by the utility.