If California's drought continues to worsen, Governor Gavin Newsom said the state will lose 10% of its water supply by 2040.

SACRAMENTO, Calif. - California should invest tens of billions of dollars in water recycling, storage and desalination over the next two decades to shore up its supply as the state gets drier and hotter, Gov. Gavin Newsom said in a proposal released Thursday.

It comes as drought continues to grip the U.S. West and the state prepares to lose 10% of its water supply by 2040, according to projections by the Department of Water Resources. The Democratic governor discussed the proposal at the construction site of a plant to remove salts from river water that should be fresh, the type of project he said the state needs more of in the coming years.

His proposed water recycling targets, which would make treated waste water safe for drinking, would cost $27 billion by 2040, his proposal said. That was the biggest price tag associated with the plan, which also relies on billions in money already approved in past state budgets. The plan envisions that money coming from both state and federal sources.

In total, he wants to boost water annual supply by nearly 3 million acre feet each year; one acre foot can supply about two households. 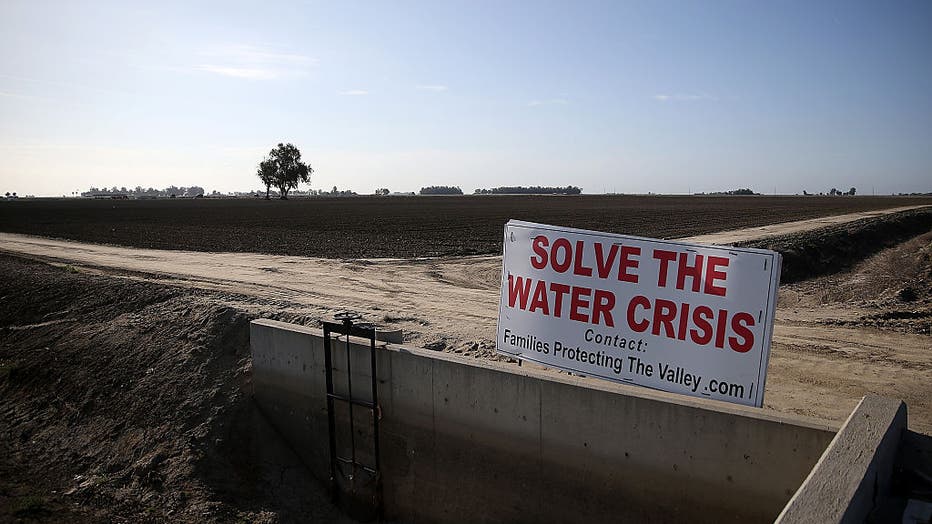 The proposal comes amid the third year of a drought, the state’s second in the past decade. Most of the state’s major reservoirs are far below normal levels after the state saw its driest January through March in at least a century. That’s typically when most of the state’s rain and snow falls.

Meanwhile the Colorado River, a key source of water for Southern California, has reached critically low levels. In boosting the state’s water supply from sources like recycling, the Newsom administration hopes to reduce dependence on the river and other water exports.

The state’s approach to water shortages has focused too much on conservation, Newsom said.

Interest in water recycling is expanding across the West as states and cities see their water supplies threatened by extended droughts. About two dozen communities, including those in Nevada and Colorado, rely on some recycled water for drinking, but that number is expected to grow.

The Metropolitan Water District of Southern California, which provides water for nearly half the state’s residents, is building a massive water recycling project. Congress included $1 billion for water reuse projects in the West in the infrastructure bill passed last year.

Newsom has resisted conservation mandates, instead calling on Californians to voluntarily reduce their water use by 15%, a target that the state is far from meeting. He’s asked the state’s more than 400 local water districts to implement their own plans to reduce water use and has set a few statewide policies, like a ban on watering decorative grass.

It’s the fourth time since May that remains have been uncovered as Western drought forces the shoreline to retreat at the shrinking Colorado River reservoir behind the Hoover Dam.

The new proposal doesn’t call for any immediate, mandatory cuts to water use in cities or on farms. Instead, he wants the State Water Resources Control Board to develop efficiency targets for every district, but they would only take effect next spring if there’s another dry winter. He’s also proposing spending $1 billion to get rid of 500,000 square feet of turf.

But Newsom said he wants the Legislature to consider a law that would let the state curtail people’s water rights even when its not a drought. The state operates an archaic system of water rights to govern how much water cities, farms and others are entitled to take and from where. An effort is underway to digitize records that spell out those terms, some more than a century old.

Desalination would make up only about 3% of the added water supply Newsom is calling for, most of it coming from brackish water, which isn’t as salty as water that comes from the ocean.

His plan doesn’t spell out how much water would come from removing salt from ocean water, a more controversial practice, but he’s calling on various state agencies to create a process for citing such projects by 2023.

"As California becomes hotter and drier, we must become more resourceful with the strategic opportunity that 840 miles of ocean coastline offer to build water resilience," the plan said.

He’s not proposing any new money to boost water storage, instead working to speed up projects that have already been proposed. The state has already put $350 million aside for hundreds of projects aimed at making it easier to recharge groundwater storage.

He’s also committing to pushing forward with seven water storage projects funded by a 2014 bond that voters passed, including a delayed reservoir project.

State Sen. Brian Dahle, a Republican running against Newsom in this fall’s election, said he supports building more reservoirs, water recycling and desalination, but that he doubts the governor’s plan will come with real follow through. He pointed to the fact that no projects have been completed with the bond money the state passed eight years ago.

"When do the people wake up and go, ‘I want results. I actually want some results and I want to stop being promised and charged for non-results,’" he said.