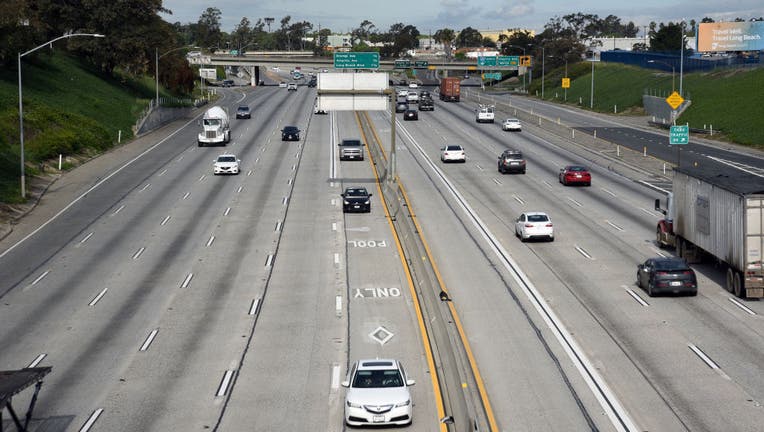 LOS ANGELES - Several new traffic laws have gone into effect in California, including those involving safe space for Caltrans or emergency vehicles and rescuing children from hot cars.

Assembly Bill 2285, which Gov. Gavin Newsom signed into law in September, establishes potential fines for motorists who do not slow down and, whenever possible, change lanes when encountering a Caltrans vehicle, tow truck or any emergency vehicle with lights flashing on a highway.

Previously, penalties were only imposed when violators failed to take precautions and make safe space for fire and law enforcement vehicles. The new law clarifies that Caltrans equipment and tow trucks conducting operations on a highway be given the same courtesy.

However, AB 2285 does not specify that motorists must move over if there might be conflicts with other drivers, or if conditions don't allow for it. But they must slow down. Otherwise, CHP officers could write them a $50 ticket.

Also starting with the New Year, AB 2717, signed into law by the governor at the end of September, amends existing law concerning leaving children under the age of 6 unattended in vehicles.

Prior to Jan. 1, state law mandated criminal penalties, including potential felony charges, for leaving children unsupervised. It also exempted good Samaritans from civil and criminal liability if they forcibly enter a vehicle to rescue a stranded animal expiring from extreme heat or cold. However, there haven't been exemptions for breaking into a vehicle to save a child.

AB 2717 changed that, specifically exempting a good Samaritan who rescues an endangered child from a locked vehicle from civil and criminal liability, "if the property damage or trespass occurs while the person is rescuing a child 6 years of age or younger,'' according to the legislation.

A third new law, AB 47, which was signed into law in 2019 and doesn't take effect until July 1, allows the California Department of Motor Vehicles to add a penalty point to a motorist's driving record if he or she receives two tickets in a 36-month span for talking on a mobile phone without a hands-free device.

Texting while driving also applies under the statute.