LAS VEGAS - Nevada State Police helped make the son of a fallen trooper’s birthday even more special by sending dozens of law enforcement to his neighborhood with lights, sirens and balloons.

A video shared on Wednesday showed the heartwarming turnout in Las Vegas for Raylan May, the son of Nevada Highway Patrol Trooper Micah May who was killed last year in the line of duty.

"It was his first birthday without his father, fallen Trooper Micah May, the Nevada State Highway Patrol wrote on Facebook. "The Nevada State Police is forever grateful to everyone that helped make this day possible!" 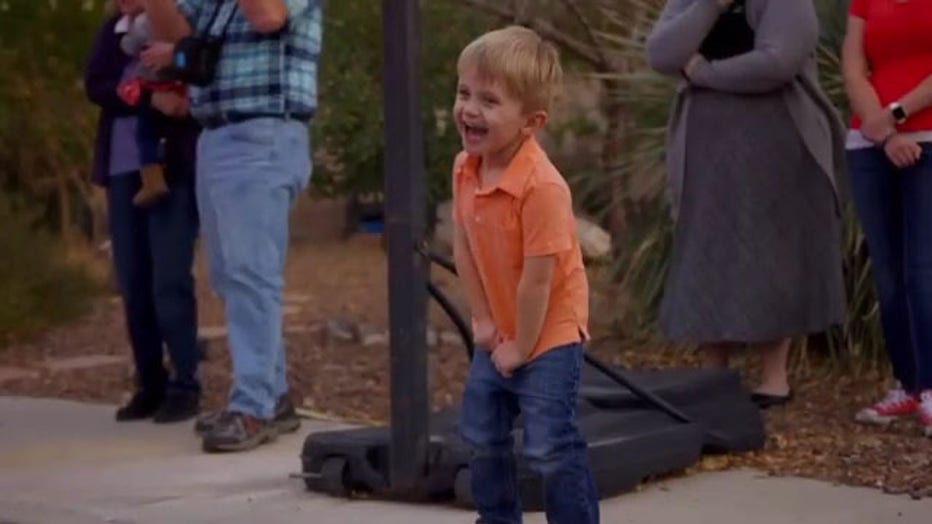 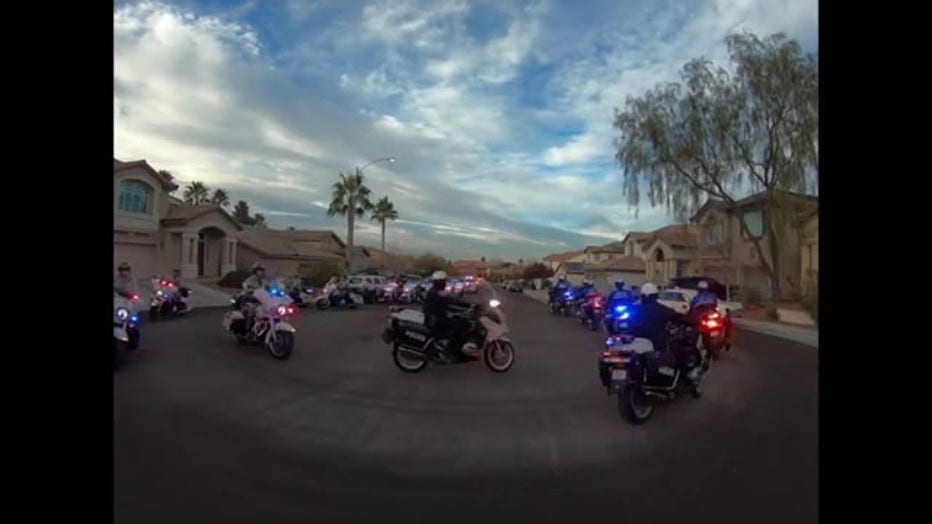 A screengrab from the video shows law enforcement flashing their lights during a law enforcement parade down the family's street. (Credit: Nevada State Police Highway Patrol via Storyful)

More than 60 units from four different agencies in southern Nevada took part in the surprise, which included a parade of vehicles and motorcylces down the family’s street.

Trooper May, a 13-year veteran with the Nevada State Police, was hit by a vehicle after a freeway pursuit on July 27, 2021. He had been deploying stop-sticks on I-15 in an attempt to apprehend an armed carjacking suspect when he was struck and killed, leaving behind his wife and two children, according to state police.

"Trooper May’s heroism exemplified the definition of a silent guardian. His dedication and service will never be forgotten," Director of the Nevada Department of Public Safety George Togliatti said in a statement, according to FOX 5 KTTVU-TV. "Our hearts go out to this grieving family and recognize the unique sacrifice to the State of Nevada." 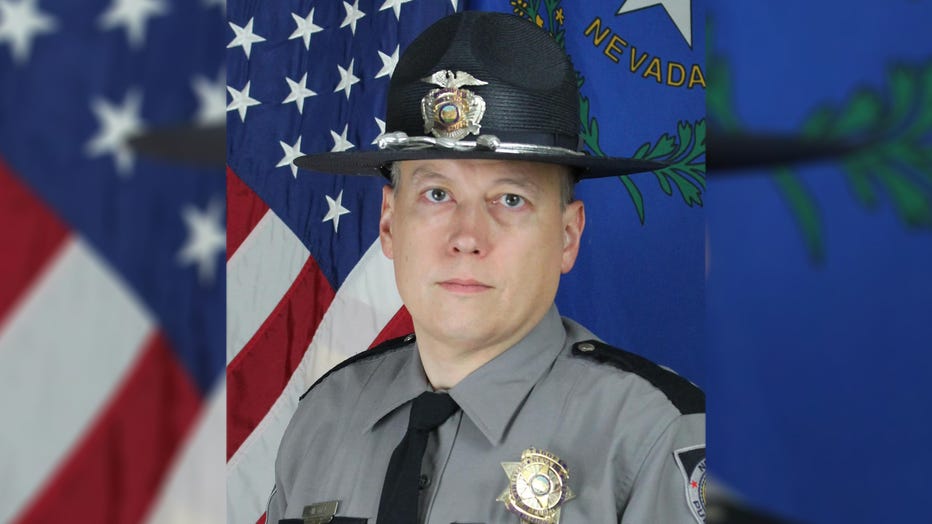 The driver, identified as 60-year-old Douglas Claiborne, was shot by law enforcement after the chase and later died at an area hospital, authorities said.

In December, an organization that supports U.S. first responders, veterans and their families paid off the family's mortgage on their Las Vegas home, FOX 5 reported. The group, called Tunnel to Towers Foundation, proactively reached out to the Nevada State Police Highway Patrol to help.

"I got the news via Bluetooth while I was driving. I could describe exactly where I was at the moment I got the wonderful news," Trooper May’s widow, Joanna, told the local news station in a statement at the time. "None of what was happening seemed real, and this made me feel like I had people bigger and stronger than myself with me during this nightmare."