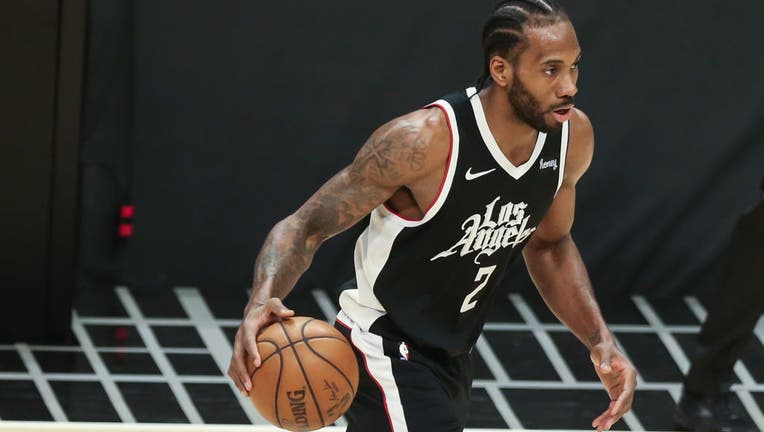 An update on the two-time NBA Finals MVP’s decision was first reported by Chris Haynes with Yahoo Sports on Friday, August 6.

On Thursday, the Clippers made the signing official, announcing Leonard will stay in Los Angeles. The team did not release the terms of the agreement but according to a report from The Athletic's Shams Charania, Leonard is signing a four-year, $176.3 million deal to stay with the Clippers.

It was also rumored, though never confirmed, Leonard would explore his options and entertain offers with Miami and Dallas. Despite the fact Leonard is expected to miss the majority of the upcoming NBA season as he continues to recover from surgery on a partially torn ACL, he was the most sought-after free agent this offseason.

The Clips have faced scrutiny for letting Leonard load manage throughout the regular season, but it is criticism the team has easily brushed off.

Friday marked a beautiful day for Clipper Nation as it was announced fan-favorite Reggie Jackson was planning to re-sign with the team. Nicolas Batum, who has been outstanding on the Olympic stage for Team France, also signed a two-year deal and will be returning.

Leonard grew up in Moreno Valley and graduated from Riverside's King High School before attending San Diego State University. After two years with the Aztecs, he was then drafted 15th in the first round of the 2011 NBA draft by the Indiana Pacers. Later that night, he was traded to the San Antonio Spurs where he began to make his mark on the league.

He made a large impact in his single season with Toronto, but it was no secret the soft-spoken superstar wanted to return home to Los Angeles. During the 2019 offseason, it appeared Leonard would join the Los Angeles Lakers. However, he went with LA's other team and brought fellow Southern California native and NBA All-Star Paul George with him. The Clippers hoped the pair would become the NBA's next power duo.

The first season with Leonard and George leading the way did not go as planned. The Clippers had an unexpected early exit in the semifinals against Denver in the NBA Bubble in 2020 and longtime head coach Doc Rivers was let go.

After earning the fourth seed in the 2021 playoffs, the postseason proved to be quite the rollercoaster ride for Clipper Nation. They started each round down 0-2, eventually beating Dallas in Round One and Utah in Round Two. Before the Clips were able to beat Utah, Leonard suffered an injury in Game 4 and did not take the floor again for the rest of the playoffs. Before he was hurt, he was playing arguably his best postseason ball and averaged 30.4 points, 7.7. rebounds, and 4 assists.

The Clippers found a way to prevail together, with some notable performances from George, Terance Mann, Marcus Morris Sr., and Reggie Jackson. Finally, the franchise advanced to its first Western Conference Finals.

Without Leonard and against a young and energetic Phoenix Suns, their season eventually ended in Game 6 of the WCF.

Coached by Ty Lue, the Clippers front office seems confident the team has everything they need to win a title.