NASA has released a new photograph from Mars, showing a sea of blue dunes on the Red Planet.

The agency shared the image on April 8. It is a combination of images taken between December 2002 and November 2004 by the Thermal Emission Imaging System instrument on the Mars Odyssey orbiter.

The picture shows a sea of dark-colored dunes sculpted by the winds at the planet’s northern polar cap. Scientists said it covers an area as big as Texas. 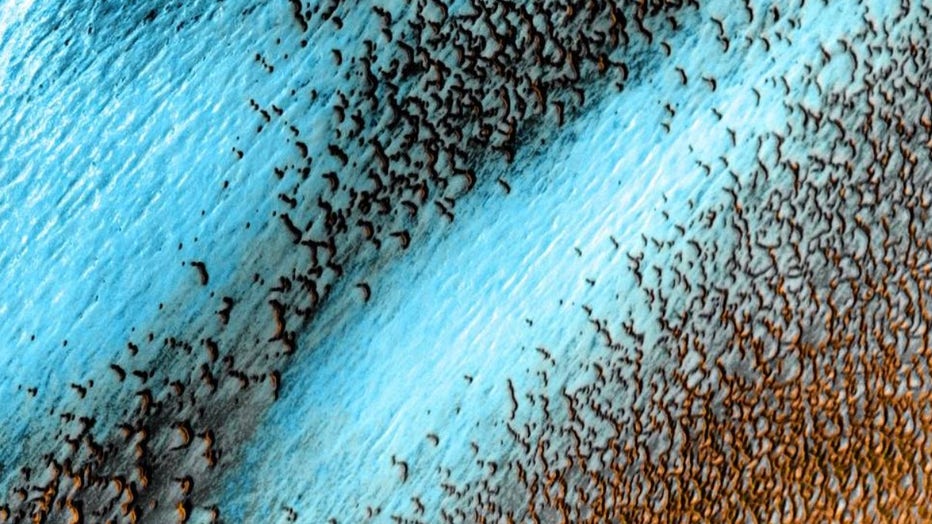 A sea of dark dunes, sculpted by the wind into long lines, surrounds the northern polar cap covering an area as big as Texas. (Credit: NASA/JPL-Caltech/ASU)

The photograph is part of a series of pictures marking the 20th anniversary of Odyssey, the longest-working Mars spacecraft in history.

The Mars Odyssey launched on April 7, 2001, and is currently still orbiting Mars. Its purpose is to map out the composition of the Martian surface to help scientists piece together how the planet evolved.

The spacecraft is also responsible for sending back images of Martian ice caps and the planet’s moons.

It was named after Arthur C. Clarke’s classic sci-fi novel "2001: A Space Odyssey."