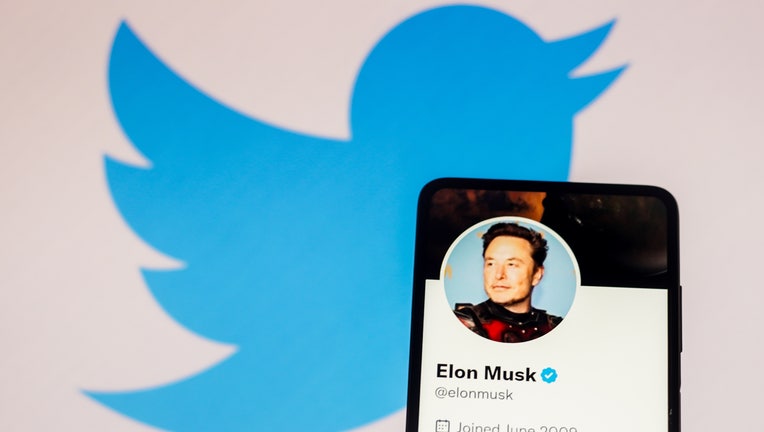 In this photo illustration, the Elon Musk Twitter account seen displayed on a smartphone and Twitter logo in the background. (Photo Illustration by Rafael Henrique/SOPA Images/LightRocket via Getty Images)

SAN FRANCISCO - Elon Musk tweeted a poll on Sunday asking users whether he should step down as the head of Twitter. Musk said he will abide by the results of the poll.

Users have until approximately 3 a.m. PST to vote.

Earlier on Sunday, Twitter announced users will no longer be able to promote other social media accounts.

Twitter has recently been under fire with the suspensions of multiple notable journalists, mass layoffs, and the suspension of @ElonJet, an account that tracked the location of Musk's private jet using publicly available data.

Musk previously said he would not ban the account, citing "free speech," but reversed course after the account was accused of "doxxing."

The EU has threatened sanctions against the platform, calling the banning of certain accounts "arbitrary."

This story will be updated with more information.