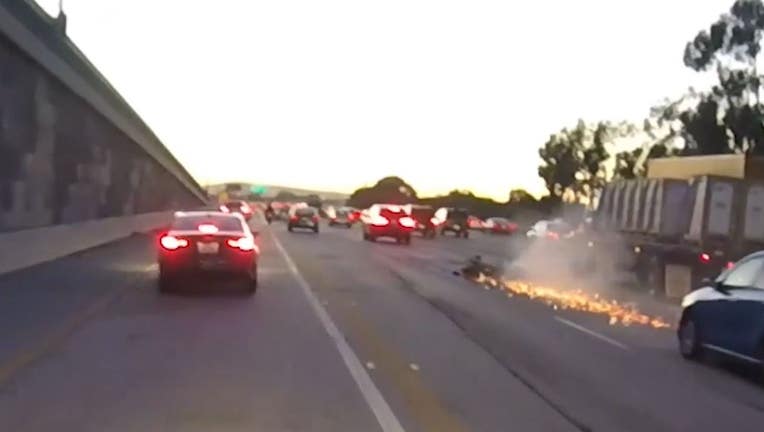 LOS ANGELES - A jury ordered an Irvine auto dealer and one of its mechanics to pay $21.5 million to a man who was seriously injured when the mechanic veered out of an HOV lane on the San Diego (405) Freeway while test-driving a car and struck the plaintiff's motorcycle.

The accident which happened on Feb. 8, 2018, was captured on video by another motorcyclist's helmet camera.

The Los Angeles Superior Court panel deliberated for most of the afternoon before reaching its verdict in the case brought in March 2018 by 28-year-old Matthew Rada against Hardin Irvine Automotive Inc. and its employee, Justin Dimapasac.

Defense attorneys admitted liability before trial and the jury was tasked only with assessing Rada's damages.

Plaintiff's attorney Brian Panish said he was pleased with the verdict.

“It shows once again that the jury system works,'' Panish said. 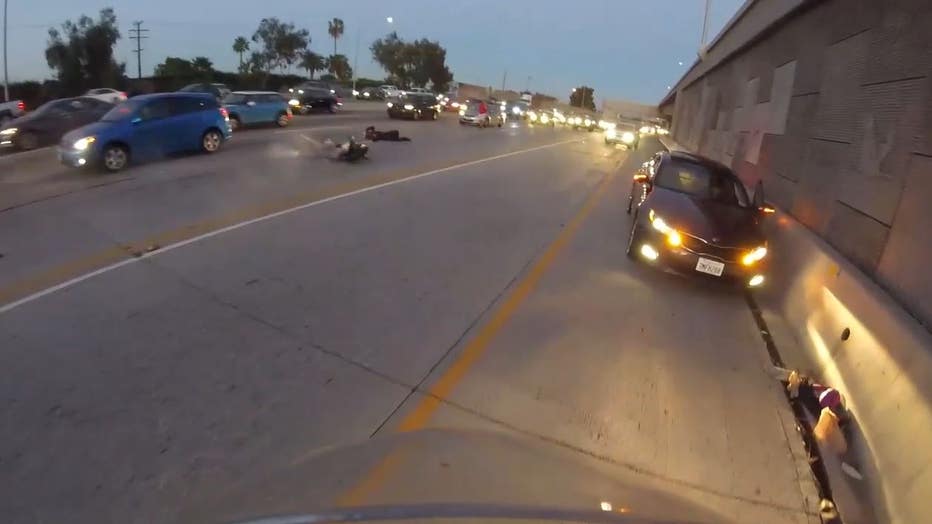 Trial testimony showed Rada was riding his motorcycle in the northbound HOV lane of the 405 Freeway near the Orange/Los Angeles county border around 5:45 p.m. when the car Dimapasac was driving veered out of the HOV lane and collided with Rada's motorcycle.

Dimapasoc admitted in the deposition that he was the sole cause of the collision, which was caused by committing numerous vehicle code violations including illegally crossing the HOV lanes, failing to signal before exiting the lane, and driving in the HOV lane as the sole occupant.

Dimapasac was test-driving a customer's Kia Optima and should not have been driving in the HOV lane, according to Andrew Owen, another plaintiff's attorney. The other motorcyclist stopped and voluntarily turned over the footage of the accident recorded on his helmet camera, according to the plaintiff's court papers.