Kyli Watts had been living in Los Angeles for just two weeks when she was stabbed in the back of the head with a pair of gardening shears.

LOS ANGELES - A mother is speaking out on behalf of her daughter, who is recovering from being stabbed in the head with gardening shears in an unprovoked attack by a homeless man in North Hollywood.

Amy Watts said her 24-year-old daughter Kyli Watts was coherent, cognizant, and conscious after the horrific Oct. 10th encounter on Lankershim Boulevard. After stumbling to a nearby cafe, she called 911 and FaceTimed her Mom, who was in North Carolina.

"I gave my typical ‘Hey, what’s up, baby girl?’ and the first words out of her mouth were ‘Mom, this is serious, I’ve been stabbed,’" Amy Watts said. At the time, Kyli Watts didn’t realize that the shears were still lodged in her skull.

After being carefully rushed to Cedars-Sinai, surgeons began the process of removing the 4-inch-long shears, which were worryingly close to a major artery. Doctors told Amy that they had to leave a bone fragment in place because removing it would have been too dangerous.

Authorities said that Kyli Watts’ alleged attacker, Jonathan Cole, targeted her for no apparent reason. But the Watts don’t feel anger toward the homeless 30-year-old. 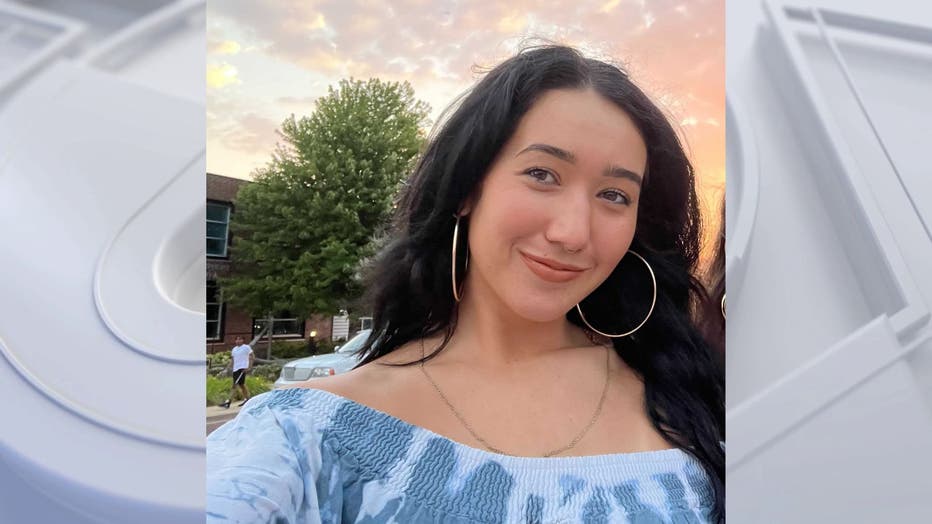 "If this were a person with epilepsy that had not taken their medication and had a seizure at the wheel and hit your child crossing the street, would you really be angry, or do you understand that that’s a person with an illness? That’s what we’re dealing with here," Amy Watts said. She is a psychiatric nurse and a longtime foster parent, and she and her daughter have experience with the severely mentally ill. They want to shine light on how mental illness is viewed and treated.

"To become numb and callous to it is not the right answer. These things are occurring because of systemic failure in treating mental illness," she said, adding that she prefers not to use the word ‘unhoused’ when discussing mentally ill people living on the streets. "This population is unhoused because of how sick they are, and the lack of resources that are available and the lack of action taken by our government."

A homeless man was arrested for allegedly stabbing a woman in the head with scissors in an unprovoked attack, LAPD said.

One of Kyli Watts’ friends — part of a curated group of loved ones that Amy refers to as her "tribe" — set up a GoFundme campaign to help with medical expenses. Amy Watts said that her daughter is usually on the other side of such campaigns, and that she’s typically the one who "is scrolling through GoFundMes at 2 o’clock in the morning, bawling in her bed all alone and donating left and right. And now she’s the recipient. It’s an interesting universal switch." She said that money that does not go toward medical bills will be donated to mental health organizations.

The Watts say they hope that Cole gets the help he needs. As for Kyli Watts, who is facing long-term balance issues as a result of the attack her mom said, "She’s going to come out of this stronger and with an incredible story."