Rosa Rivera, the mother of the late Latin singer Jenni Rivera, announced on Tuesday that she has filed a lawsuit against NutriBullet after she claims her device "exploded" on her during use, and left her with painful burns.

FOX 11's full coverage of the dangers of NutriBullets can be found here.

"I went to the emergency room because it was just so much pain, it was burning so much," Rivera said.

According to Rivera's lawsuit against NutriBullet, she was preparing a chile based salsa and had prepared two room temperature dried chiles with garlic.

She put the ingredients into a NutriBullet with a third of a cup of room temperature water, and ran the NutriBullet for a "reasonable amount of time".

The lawsuit states that after she began to unscrew the lid from the canister, it exploded, and the contents of the cup erupted all over her body.

"I tried to open it, and it exploded," Rivera said. "My head, everything was burning. The cup just went and landed somewhere else." 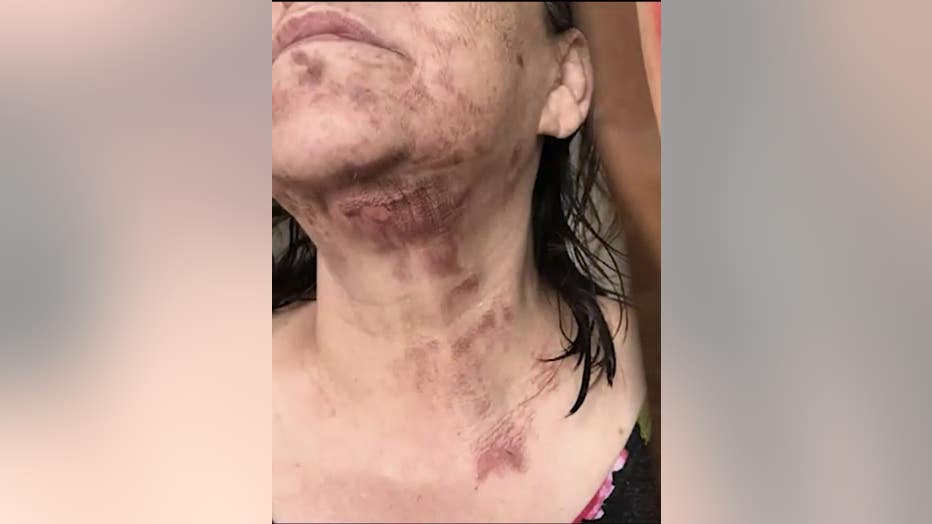 As FOX 11 has reported, NutriBullet is pushing back against the allegations.

Mark Suzomoto, a corporate attorney for NutriBullet, told FOX 11 in a phone call that misuse of the Nutribullet is likely the explanation for any incidents of the devices bursting, and that the NutriBullet is designed to be sealed to protect the user's hands from the blades.

Suzumoto concedes that the NutriBullet can heat up its contents due to friction, but he told FOX 11 it's "physically impossible" for a NutriBullet to heat up enough to burst after just 15 to 20 seconds of use with cool or room temperature contents as Cosso and Utal are alleging.

Suzumoto pointed out that the NutriBullet manual warns users not to use the NutriBullet for longer than one minute due to potential heating issues, but admitted that those manuals have changed over the years to add more warnings and information after it was reported that customers were "misusing" the device, and the containers were separating.

Suzumoto said that millions of people use the NutriBullet without any issues, the company stands by its product, and that the people who are bringing lawsuits likely aren't telling the truth about their injuries.

Danny Abir, one of the attorney's representing Rivera and the clients mentioned in FOX 11's previous report, said NutriBullet is trying to deflect responsibility.

"They've been claiming that it's user error, and every single instance that we've seen are people who have been using it for many months and years, and they know how to use it, so it's not something like user error like the company says," he said.

NutriBullet provided the following statement to FOX 11.
Customer safety and satisfaction are paramount at NutriBullet. Reports of blenders, which have operated normally for years, suddenly turning cool ingredients into scalding hot mixtures after less than 20 seconds of normal operation or components unthreading during use, are perplexing and contrary to the hundreds of millions of uses by satisfied NutriBullet customers worldwide. We will investigate the claims thoroughly and analyze the blenders in question to determine exactly what happened. Whatever the circumstances surrounding these accidents, we wish prompt and complete recoveries to those involved.