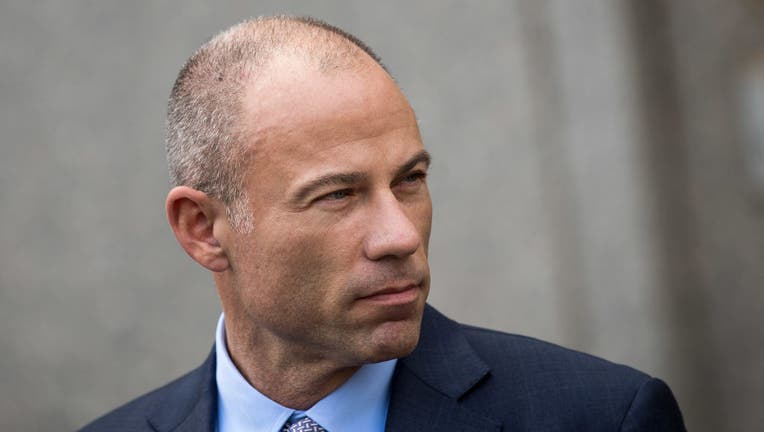 SANTA ANA, Calif. - Michael Avenatti, the brash lawyer recently sentenced to 2 1/2 years in prison a $25 million extortion case in New York, is expected to face a trial Wednesday in California on charges he embezzled millions from his clients.

Federal prosecutors in Southern California have accused the 50-year-old lawyer, who is currently suspended from practicing law in California, of cheating five of his clients out of nearly $10 million by negotiating and collecting settlement payments on their behalf and funneling them to accounts he controlled.

In one case, authorities said Avenatti collected $4 million from Los Angeles County for a man who suffered injuries in custody and was left paraplegic after a suicide attempt. Avenatti denied the settlement was received and paid much smaller amounts to the man ranging from $1,000 to $1,900, which he said were advances on the broader settlement, prosecutors said in court filings.

In another instance, Avenatti collected a $2.75 million settlement payment for a client and used the bulk of the money to buy a private airplane, the filings said.

Avenatti faces 10 counts of wire fraud in connection with the allegations, which span from 2015 to 2019.

A chastened Michael Avenatti, the brash lawyer who once represented Stormy Daniels in lawsuits against President Donald Trump, was sentenced Thursday to 2 1/2 years in prison for trying to extort up to $25 million from Nike by threatening the company with bad publicity.

He also faces charges in California of bankruptcy, bank and tax fraud. He is expected to be tried on those allegations later this year after Selna split a 36-count indictment into two trials.

In this trial, federal prosecutors said they expect to take three weeks to make their case and to call about 30 witnesses. The U.S. attorney’s office in Los Angeles declined to comment ahead of opening statements.

In court filings, lawyer H. Dean Steward — who previously represented Avenatti and continues to assist in the case— raised concerns about the jury selection process and sought unsuccessfully to delay the trial, arguing that widespread publicity following Avenatti’s New York sentencing could affect his rights in this case. A message left for Steward was not returned.

Avenatti rose to prominence by sparring publicly with Trump but criminal fraud charges in California and New York disrupted his rapid ascent. He was sentenced in New York after he was convicted of attempted extortion and other charges in connection with his representation of a Los Angeles youth basketball league organizer who was upset that Nike had ended its league sponsorship.

Avenatti faces another criminal case in New York in which he is charged with cheating Daniels out of hundreds of thousands of dollars. Avenatti represented her in 2018 in lawsuits against Trump, and often appeared on cable news programs to disparage the Republican president.

Daniels said a tryst with Trump a decade earlier resulted in her being paid $130,000 by Trump’s personal lawyer in 2016 to stay silent. Trump denied the affair.

Avenatti explored running against Trump in 2020 but his political aspirations evaporated when he was criminally charged. He pleaded not guilty to all charges and maintained he was a victim of politically motivated attacks.

Avenatti is currently suspended from practicing law in California, according to the state bar association.