These pilot sites, which will be based at California State University, Los Angeles, and the Oakland-Alameda Coliseum, are part of the wider effort to establish 100 vaccination sites nationwide in the federal administration’s first 100 days.

Preparations and buildout of these two locations are now underway and the sites are expected to be open to eligible members of the public beginning Feb. 16.

The sites will be co-run by the Federal Emergency Management Agency and the State of California through the Governor’s Office of Emergency Services. FEMA will provide resources and federal staffing support to establish these new community vaccination centers as well as operational support.

Los Angeles already has a mass vaccination site at the Dodger Stadium and San Francisco already has a city-run site at City College. These federal sites will be in addition to that. 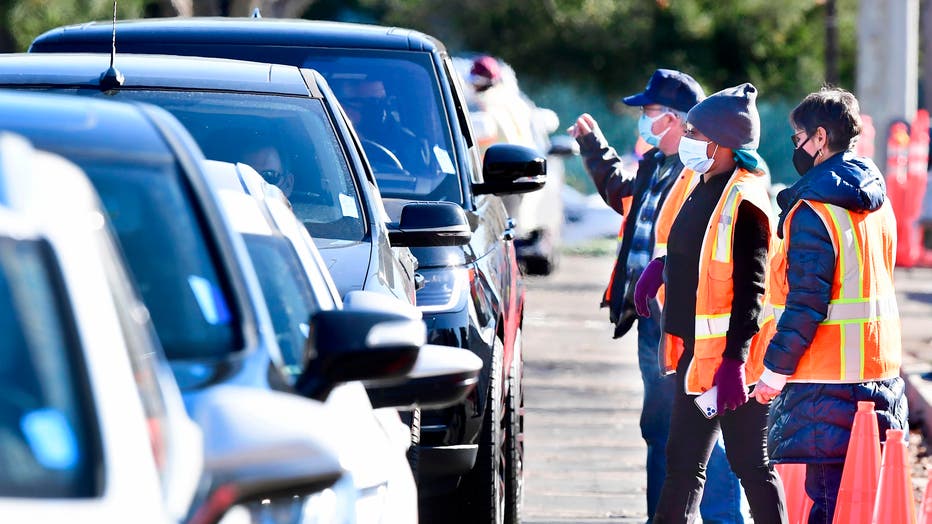 "These new sites will help us get available supply to some of the California communities most in need," Newsom said in a statement. "I thank the Biden Administration for standing with us as we continue our efforts to safely, swiftly and equitably vaccinate all Californians."

Acting FEMA administrator Bob Fenton said the announcement is a "significant step forward in the ongoing effort to ensure every American who wants a vaccine will receive a vaccine."

The two spots were chosen, said Jeff Zients, coordinator of the White House COVID-19 Task Force, because they house the most diverse and socioeconomically challenged communities in the country. They are also communities that have been disproportionately impacted by COVID-19 and are home to essential workers who have borne the brunt of keeping the economy open over the past year, officials said in a joint statement.

"In all of this work, we’re advancing equity," Zients said.

The rollout of vaccines in California has been slow and chaotic.

As of this week, just 3.5 million of the state's 40 million residents have been vaccinated, said Dr. Mark Ghaly, California’s health and human services secretary, on Tuesday. The Golden State lags behind other U.S. states in vaccinations, according to the Centers for Disease Control and Prevention, and desperate residents report ongoing problems trying to schedule an appointment as state officials attempt to craft a system that protects the most vulnerable.

The mass vaccination news comes a week after Newsom said he was creating a new, centralized vaccine distribution system led by Blue Shield, the insurance giant, based in Oakland.

But specifics of the program are still being developed even as state officials had said they hoped to transition to the new system in mid-February.

When asked if Blue Shield was selected because of the company's political ties to Newsom, the governor responded: "That's nonsense."

State and local leaders said the goal of the pilot mass vaccination sites is to expand the rate of doses administered in California in an efficient and equitable manner, with an explicit focus on making sure that communities with a high risk of COVID-19 exposure and infection are not left behind.

Both sites will be paired with two mobile vaccination clinics which officials said can be deployed to lots of places to provide distribution to areas that otherwise lack sufficient support.

Registration for vaccine appointments at these two sites will be available through the state’s MyTurn scheduling system in the coming days.