Man terrorizes landlord for months, recently breaking into her home through ceiling with knife

A landlord in East Hollywood tells FOX 11 for the past eight months, she has been terrorized by one of her own tenants who has harassed her repeatedly and attacked her.

LOS ANGELES - A landlord in East Hollywood tells FOX 11 for the past eight months, she has been terrorized by one of her own tenants who has harassed her repeatedly and attacked her.

Alexandra Stone says the man, who is one of her Section 8 tenants, has been arrested multiple times but has always been quickly released. But last week, things took a horrifying and almost deadly turn.

The man, identified as Robert Sargsyan, literally came through her ceiling armed with a knife and a hammer.

"I'm angry, I'm scared. This is not real," Stone said. "It feels like this is a bad dream that I can't even wake up from.

Stone tells FOX 11 her life has been a horror movie since last summer. She stands in front of a gaping hole in her ceiling and $20,000 worth of damage to her East Hollywood home. 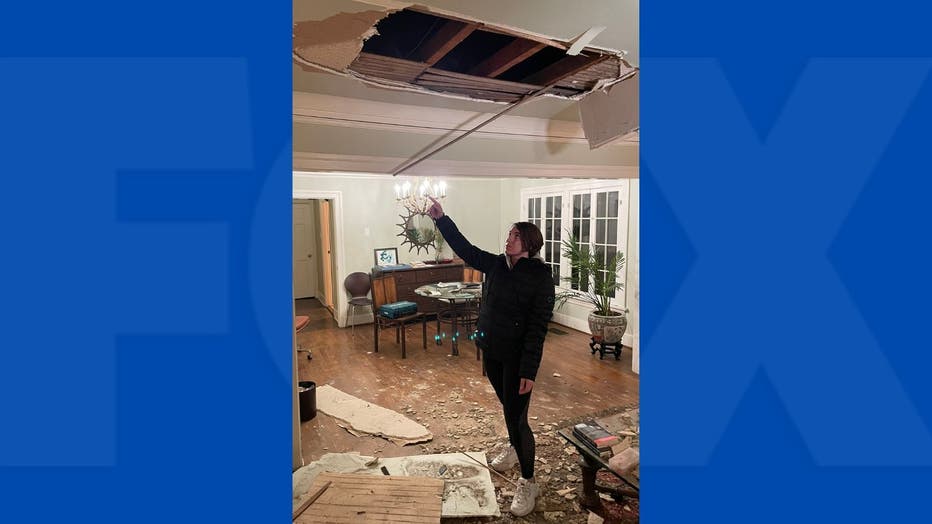 Sargsyan, who lives in the unit next door to her, frequently banged on her door in the middle of the night. Stone says he has broken her windows and often shows up outside her windows and yells. She says it has happened more times than she can count.

Stone says she was able to get the Los Angeles Police Department to issue a restraining order against Sargsyan, but he quickly violated the order in a terrifying way. 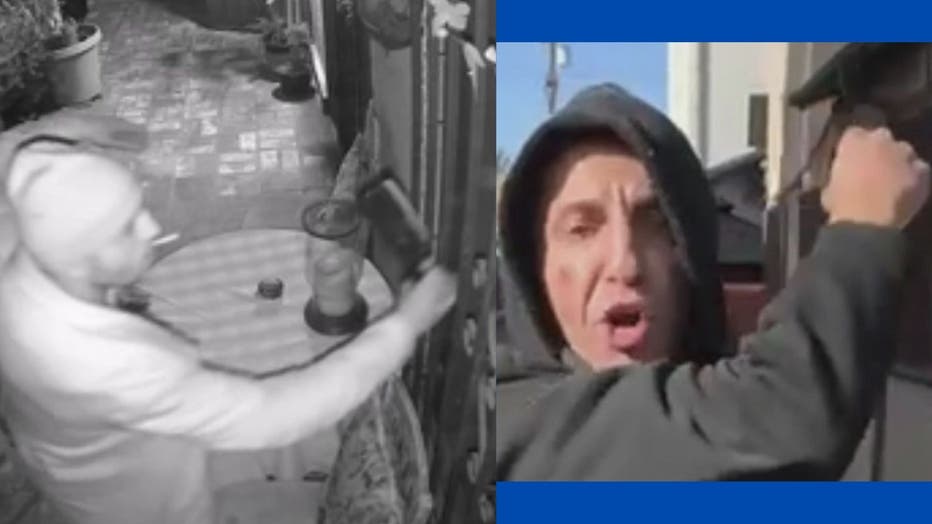 "So I'm on the phone with police freaking out, crying, like there's a guy with a butcher's knife at my window," Stone added.

Stone says LAPD arrested Sargsyan, but was released from custody almost immediately. Stone says that has happened to the troubling tenant at least five times already, while the cases were handled by the Los Angeles City Attorney's Office.

"It is not the police’s fault, they're frustrated, they tell me all the time they arrest him and he’s out before they’re even able to finish filing the paperwork," Stone said. "I felt like I was basically just waiting for him to kill me."

As for the recent attack, Stone said Sargsyan crawled into their shared attic space and began pounding through her ceiling with a hammer.

Sargsyan was arrested once again. But this time, it is the DA's office, not the city attorney, who is handling the case. They're charged Sargsyan with multiple felonies, including first-degree residential burglary and assault with a deadly weapon. He's remained behind bars since the arrest.

"This could have been prevented months ago," Stone said. "The system could have done nothing to protect us. What if I died?"

Stone has tried unsuccessfully to evict Sargsyan, and she now has to stay with her mother. Stone says the system's prior failures to keep Sargsyan in custody nearly cost her life.

"We live in Los Angeles, this is supposed to be a civilized place right? The most progressive, amazing place on earth, but I think the Wild West would have been better," she said.

The DA's office tells FOX 11 Sargsyan was arraigned in court Tuesday, where he pled not guilty to his charges. He remains behind bars on a $100,000 bond.

FOX 11 reached out to the city attorney's office to ask why Sargsyan was released from custody so many times under their watch but we didn't get a response.