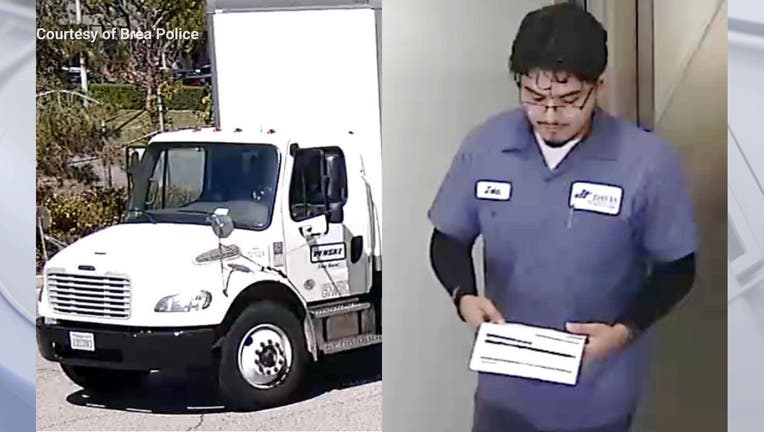 BREA, Calif. - Police in Brea are searching for a man they say stole ATMs by posing as a company driver.

According to officers, the man recently pulled up to a local business in a white Penske panel truck, wearing a uniform and claimed to be there to pick up the company's daily shipment.

The shipment was loaded onto the truck and the suspect drove away with 14 ATMs valued at more than $34,000.

In a surveillance photo provided by police, the driver has black hair, a mustache, beard and glasses.

Anyone with information is asked to contact the Brea Police Department.