An investigation continues after a man was shot and killed following an encounter with deputies on the evening of Oct. 10.

LOS ANGELES - Homicide detectives with the Los Angeles County Sheriff's Department continue to investigate after a man was shot and killed following a confrontation with deputies in the unincorporated Whittier area Sunday evening.

The shooting occurred in the area of Obregon Street. and Eduardo Avenue just before 6 p.m.

Detectives with the Pico Rivera Station said they saw a man walking in the middle of the street and began speaking with him. 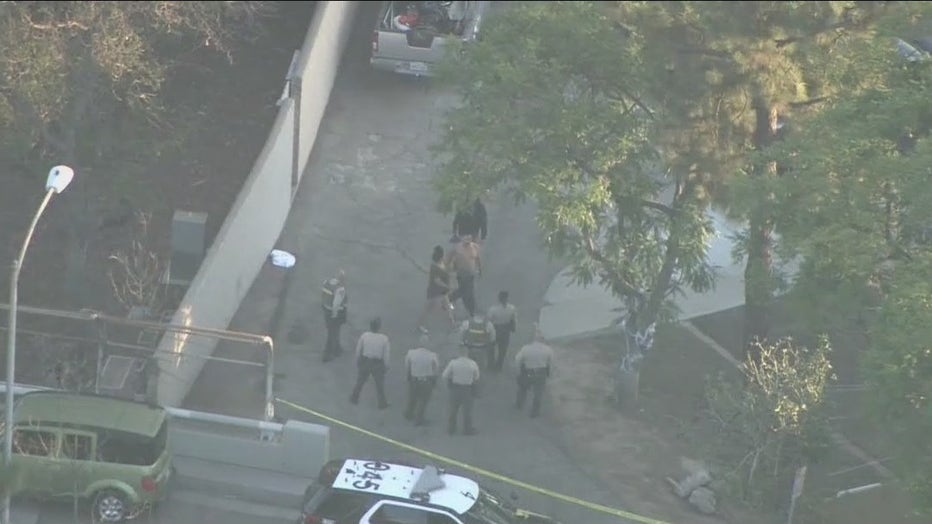 Sheriff’s officials said the deputies stopped the patrol vehicle and continued to speak with him. At some point during the conversation, the suspect brandished a firearm and a deputy-involved shooting occurred while the deputies were still seated in the vehicle.

Deputies and paramedics attempted lifesaving efforts. However, the suspect was pronounced dead at the scene.

A deputy-involved investigation is underway in West Whittier. SkyFOX caught images of a man arguing with deputies and a woman holding him back. Details about the shooting are unclear at this moment.

Images from SkyFOX showed a man attempting to argue and fight with deputies while a woman held him back. It is unknown if the man and the woman were connected to the shooting.

The name of the suspect has not been released by authorities.