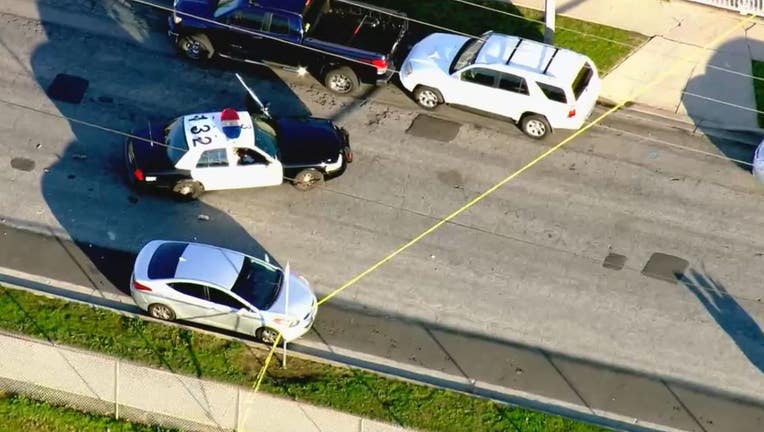 COMPTON, Calif. - A Sherman Oaks man who allegedly gunned down his "common-law'' wife in front of their two children and wounded her father shortly after midnight New Year's Day in Compton is now behind bars.

Eduardo Ubiarco, 37, was arrested Wednesday afternoon in connection with the shooting which occurred around 12:38 a.m. that day in the 2200 block of West 154th Street, according to the Los Angeles County Sheriff's Department.

Ubiarco's common-law wife, whose name has not been released, died at a hospital. Her father remains in critical condition with gunshot wounds to his upper body, sheriff's officials said.

According to the sheriff's department, the couple's two children, between the ages of 10 and 14, were at the scene of the shooting but were not injured.

Ubiarco is being held in lieu of $1 million bail. No alleged motive for the shooting has been released, and a weapon has not been recovered, sheriff's officials said.

Sheriff's homicide detectives asked anyone with information regarding the shooting deaths to call them at 323-890-5500.