LOS ANGELES - An ex-con was charged Tuesday with fatally stabbing a fellow diner at a Mexican restaurant in downtown Los Angeles on New Year's Day.

Devan Cleef Lampkin, described as a 49-year-old transient, is charged with the Jan. 1 slaying of Homer Garcia.

The murder charge includes allegations that Lampkin used a knife in the commission of the crime and that he was convicted in Fresno for lewd acts with a minor in 2000.

Lampkin allegedly stabbed the 56-year-old victim in the chest after the two got into an argument inside Margarita's Place, located at 103 E. Seventh St., according to the Los Angeles Police Department. 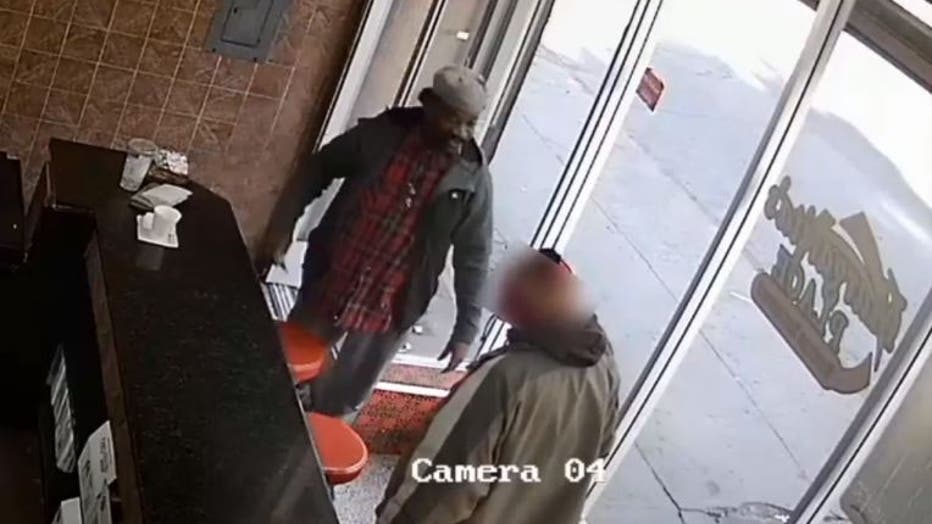 Garcia, who died at a hospital, was described by relatives as an avid musician.

Surveillance video from inside the restaurant released by police showed the attack, then Lampkin calmly picking up his belongings on the counter and walking away.

A civilian called police about 4 p.m. Jan. 3 after learning about the crime to report seeing the suspect inside the downtown Central Library, located at 630 W. Fifth St. Officers quickly responded and took Lampkin into custody without incident, according to the LAPD.

Lampkin could face a maximum of 56 years to life in state prison if convicted as charged, according to the Los Angeles County District Attorney's Office.