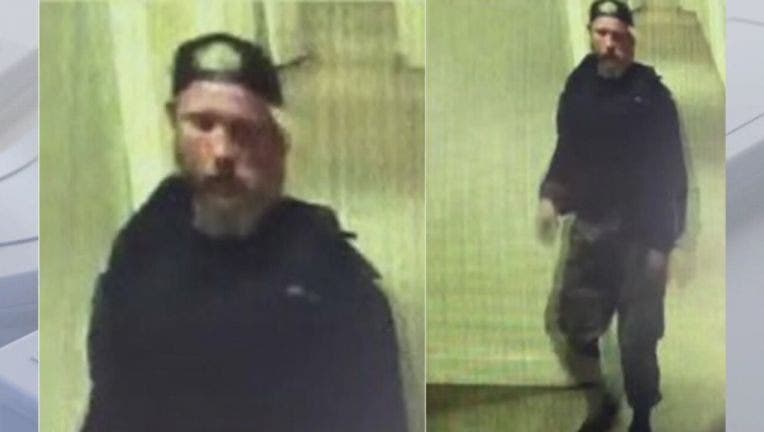 MALIBU, Calif. - A 34-year-old man was arrested Wednesday in connection with the sexual assault of a Pepperdine student in her Malibu apartment.

Matthew Fairchild was arrested in the 19100 block of Pacific CoastHighway in Malibu at about 6:15 a.m. Wednesday. He was booked for assault with intent to commit a sex crime, according to Deputy Eric Ortiz of the Los Angeles County Sheriff's Information Bureau.

Fairchild is being held at the Malibu/LostHills Sheriff's Station on $1 million bail.

The crime occurred about 3:45 a.m. on Feb. 8 in the 23900 block of Civic Center Way, according to the Los Angeles County Sheriff's Department.

Security images of the suspect were released.

"The (suspect) entered the unlocked apartment and awoke the resident by sexually assaulting them," a sheriff's statement said. "The suspect then apologized and rapidly exited the residence, possibly under the influence of alcohol/drugs."

FOX 11 reported that the victim is a Pepperdine University student.