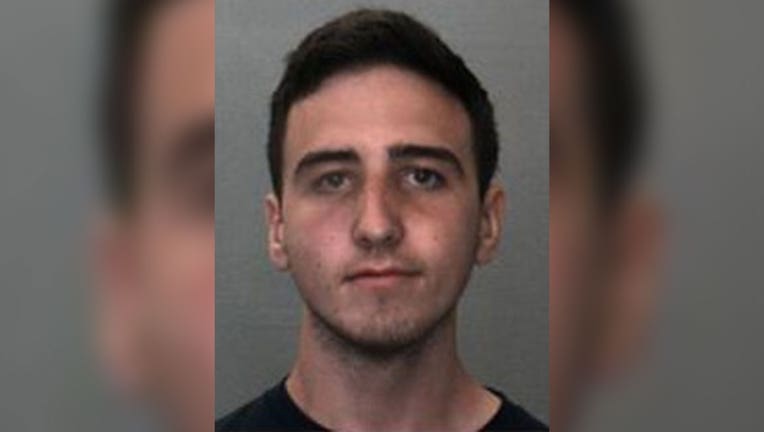 RANCHO CUCAMONGA, Calif. - A 19-year-old man was arrested on Tuesday for allegedly stabbing an woman and her 8-year-old daughter to death inside their Rancho Cucamonga home back in March.

Jacob Alan Wright, of Rancho Cucamonga, was booked into jail on charges of murder and attempted murder. He is currently being held without bail.

Jia Jia, 44, and her daughter, Ruby Meng, were found stabbed to death inside their home on Sunday, March 7 in the 6800 block of Bergano Place. A 38-year-old female family friend was also injured in the attack but survived.

Wright was identified as the suspect in the fatal stabbings by the San Bernardino County Sheriff's Department with assistance from the FBI.

Detectives said they found no relationship between Wright and the victims and the motive remains unclear. Investigators believe Wright acted alone and there are no outstanding suspects.

Suspect arrested in connection to death of woman and her child

On the night of the murders, deputies responded to a 911 call around 3 a.m. and found several people inside suffering from stab wounds/lacerations. Detectives learned the suspect entered the home by unknown means, then attacked and stabbed Jia, Ruby, and the female friend in a bedroom and fled through a rear sliding door.

Authorities later released neighborhood security camera footage that showed a male subject moments after the murders in close proximity to the victim’s home.

The investigation is ongoing and authorities asked anyone with information about an unreported crime involving Wright, or information about the murder investigation, to contact Detective Malcolm Page, Specialized Investigations Division – Homicide Detail at 909-387-3589. Callers can remain anonymous and contact WeTip at 800-78CRIME or online at www.wetip.com.