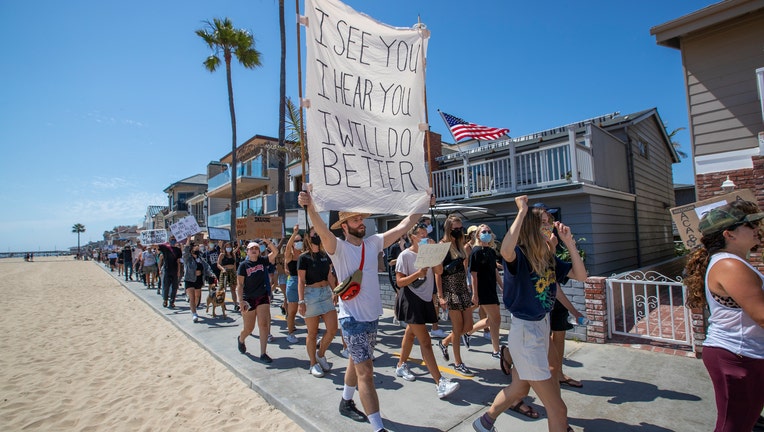 NEWPORT BEACH, Calif. - A 48-year-old man was arrested for allegedly waving a gun at a protester during an argument in Newport Beach.

Travis Patrick White, of Newport Beach, and a protester got into an argument near the intersection of 30th Street and Newport Boulevard on Wednesday about 3:20 p.m., police said.

White allegedly pulled out a black handgun from his backpack and then ran away, according to police.

Authorities were able to identify White through the involvement of media and residents, and he was booked for assault with a deadly weapon and criminal threats.