ORANGE, Calif. - A man who said he hates Asians was arrested on suspicion of assaulting an elderly Korean American couple at a park in Orange after allegedly threatening violence against a Japanese American Olympic athlete, police said Monday.

Michael Vivona, 25, of Corona, was Sunday arrested for elder abuse and committing a hate crime. He was also arrested for threatening a Japanese American on April 1, police said. He currently remains in the Orange County jail on a $65,000 bond.

It wasn’t immediately whether he had a lawyer to speak on his behalf. 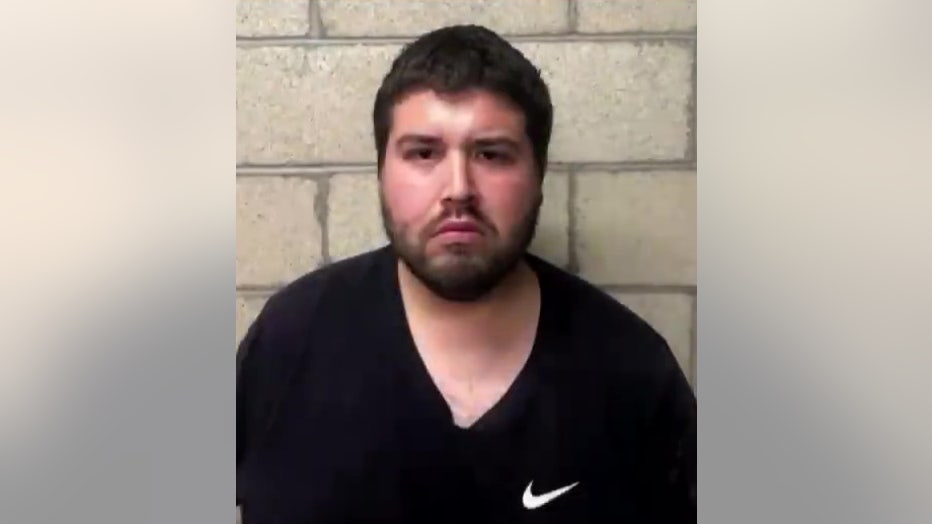 Authorities said that Vivona allegedly attacked a 79-year-old man and an 80-year-old woman in an unprovoked assault in the 360 block of N. Prospect Street in the city of Orange. As officers were arresting him, he made statements that were racially motivated, police said.

"The couple was on one of their evening walks as they do on a regular basis at this park when our suspect approached, unprovoked, and punched both of them in the face, causing both of them to fall to the ground," Sgt. Phil McMullin said.

They were treated at the scene and weren’t seriously hurt, McMullin said.

Good Samaritans at the scene surrounded Vivona, who was wearing the same clothing as in an earlier attack, and kept him surrounded until police arrived to arrest him, McMullin said.

Vivona said he had a "hate" or "fixation" about Asians and police believe the attack was racially motivated, McMullin said.

Investigators also identified Vivona as the suspect in a racist rant directed at 28-year-old U.S. Olympic karate athlete, Sakura Kokumai. On April 2, Kokumai revealed she was on the receiving end of the angry rant at Grijalva Park in Orange where she trained.

She posted several videos of the man yelling and screaming at her and threatening to "f--k you up." Kokumai wrote about the incident in a lengthy Instagram post.

"Couldn’t stop thinking about what happened yesterday. Still processing... Usually I like to keep my social media positive, but I realized that these issues needs to be addressed so we can protect each other," she wrote. "Yes what happened was horrible, but I don’t know which was worse, a stranger yelling and threatening to hurt me for no reason or people around me who witnessed everything and not doing a thing."

"In that moment, I thought, 'gosh, this guy is just crazy.' But when I zoomed out I realized there were a lot of people at the park. Yes, a women (sic) did come up and asked if I was ok towards the end as it escalated... but for the longest time no one cared. People would walk by, some even smiled. And I didn’t know what to do. This could have happened to anyone, if it wasn’t me, someone could’ve gotten hurt."

The arrest follows an uptick in reported violence against Asian Americans in some communities, including purse-snatchings, vandalism and assaults.