House Speaker Nancy Pelosi issued a statement about the attack on her husband Paul Pelosi by an intruder who broke into their San Francisco home. Meanwhile, San Francisco's interim district attorney says she's pursuing attempted murder and assault with a deadly weapon charges against the suspect David DePape.

SAN FRANCISCO - The man accused of attacking the husband of House Speaker Nancy Pelosi with a hammer is expected to be formally charged early next week.

Although he’s accused of attacking the spouse of a high-ranking federal official, the initial charges will be filed by San Francisco’s District Attorney’s office.

The suspect David DePape was still in the hospital on Saturday, according to police chief Bill Scott.

It’s unknown what, if any, federal charges he may face, but San Francisco District Attorney Brooke Jenkins says her office plans to proceed with charges.

"We expect to file attempted murder charges as well as assault with a deadly weapon for the use of a hammer," said Jenkins.

Neither gave insight into whether 42-year-old DePape would face federal charges for the attack.

Paul Pelosi was alone inside the couple’s San Francisco home when the assailant broke in early Friday morning.

"The feds will figure out what route they may take, but we're going to proceed on Monday," said Jenkins

"We don't know where this investigation is going to end. We're going to continue to dig, turn over every piece of evidence that we can," said SFPD Police Chief, Bill Scott. 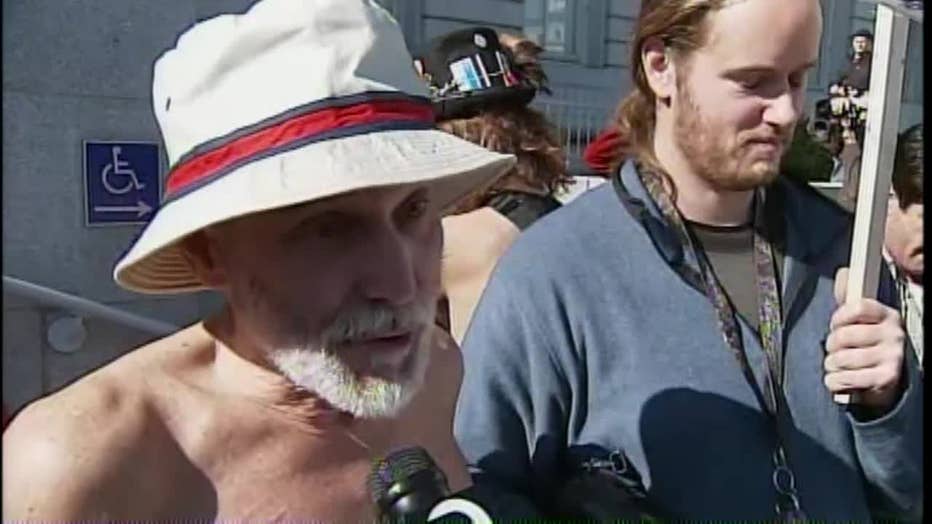 Officials say DePape is known for participating in conspiracy theories and intended to encounter speaker Pelosi in the home, yelling "Where’s Nancy?"

DePape is known to some local officials like California state Senator Scott Weiner who says DePape has attended Bay Area protests supporting rights for nudists, including one in San Francisco.

"There was a small group of people that he was a part of that were more conspiratorial, aggressive, inappropriate and one of them is in jail now," said Wiener.

A woman on Facebook who identified as DePape’s stepdaughter writes that her mother kicked him out of their home for his toxic behavior, but says he was never violent.  She says she hasn’t seen him since 2014.

As for the attack on Paul Pelosi, she said, "I didn’t see it coming and there was no sign on his end." 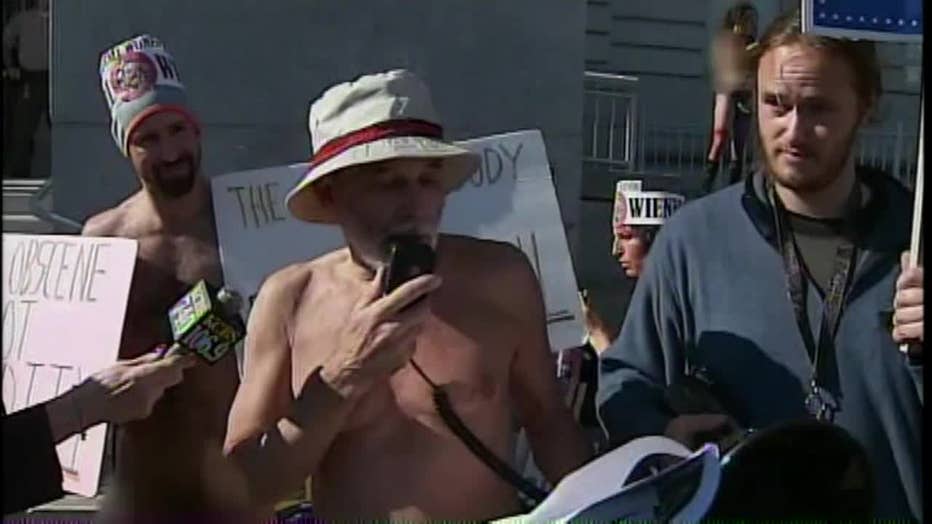 David DePape, in blue on right, attends a demonstration organized by nudists in San Francisco.

In an era of divisive politics, some say the attack inside this home is not surprising, but the police chief says it can’t be tolerated.

"It makes anyone who's in political leadership take a step back and question not only your safety and the safety of your family but where we are at in our nation's history," said Jenkins.

Jenkins says the motive for the attack is still being determined.

Scott says his department is working with the FBI, US Capitol Police and the US Attorney’s office.