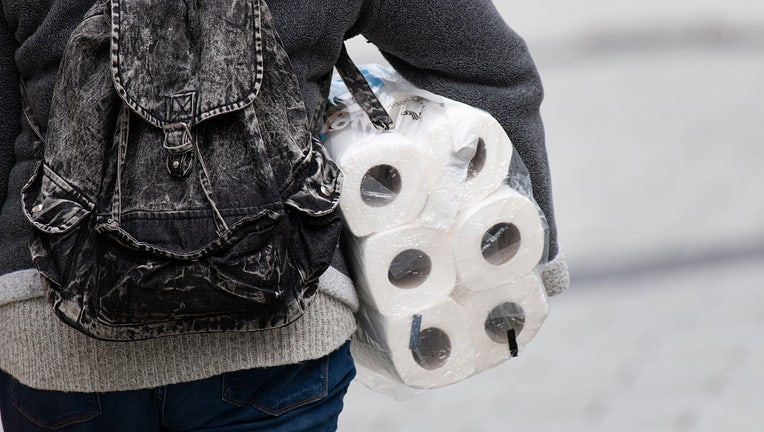 SANTA CLARITA, Calif. -
A 26-year-old Saugus man is in custody Tuesday night for allegedly punching his mother during a fight over the family's toilet paper supply.

Deputies were called to the residence near Plum Canyon Road and Mirabelle Lane in Saugus about 3 a.m. Monday, according to Shirley Miller of the Santa Clarita Valley Sheriff's Station.

The son had accused the mother of hiding the family's toilet paper, which has become a hot commodity nationwide amid the coronavirus pandemic.

The argument escalated and he allegedly punched her, according to Miller.

The woman later told deputies she hid toilet paper from her son, adding that he uses too much, according to Miller.

Adrian Yan was arrested for suspicion of battery, Miller said. The victim declined medical treatment at the scene.

Deputies with the Santa Clarita Valley Sheriff's Station have been responding to many reports of family violence as people are crammed together in their homes during the shelter-in-place directive, according to Miller.

"It was to be expected, it's happening everywhere," Miller said.

Sheriff Alex Villanueva recently expressed concerns about an anticipated increase in domestic violence with families isolated together in their homes to ride out the COVID-19 pandemic.