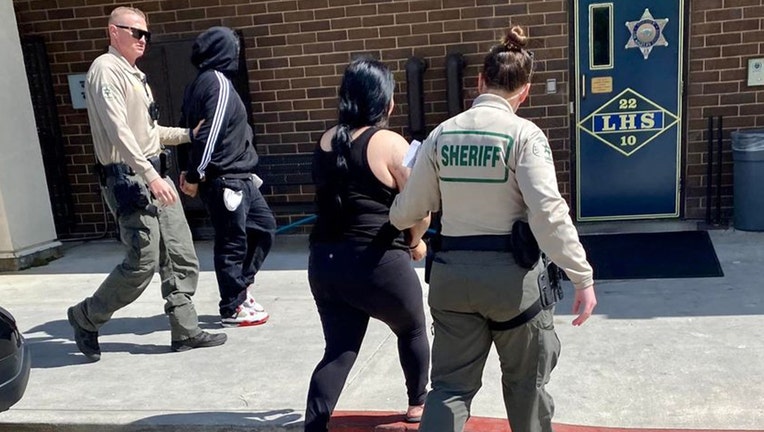 CALABASAS, Calif. - A pair of repeat offenders are accused of stealing over $6,000 worth of leggings from the same Lululemon store in Calabasas.

The Los Angeles County Sheriff's Department's Lost Hills Station posted an image of the pair on Facebook, stating that on Jan. 28, the male and female duo concealed forty pairs of leggings in their personal bags and left the store without paying for the merchandise.

The pair returned to the same Lululemon on Feb. 16 and concealed an additional fifteen pairs of pants in their personal bags and once again, left without paying.

In California, any property theft with a value of $950 or greater is considered grand theft.