Garcetti discussed in&nbsp;detail of his budget proposal ahead of its release on Tuesday.

Similar to last year, when the speech took place just weeks into the COVID-19 stay-at-home order, his speech was an understated event compared to the usual pomp and circumstance that surrounds the State of the City address. 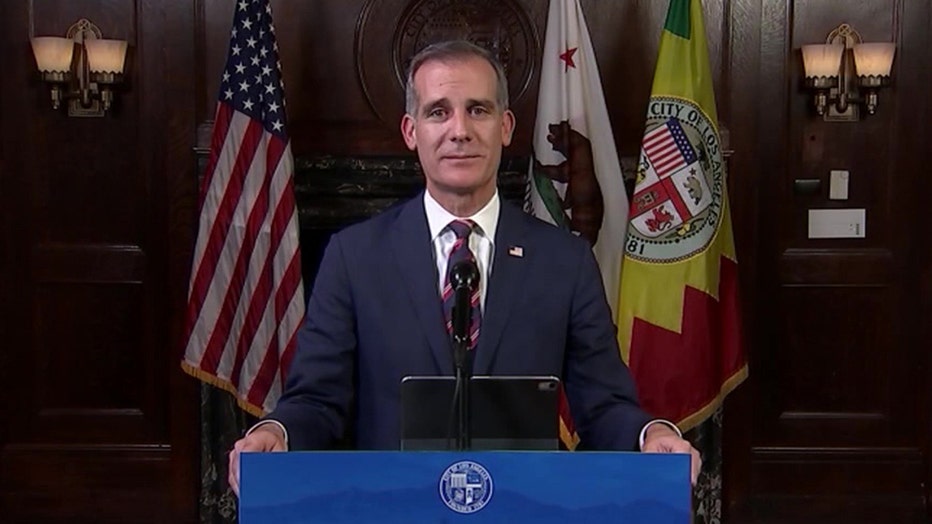 Garcetti discussed in detail of his budget proposal ahead of its release on Tuesday. Among the expected topics will be how to put the $1.35 billion allocated to the city from the federal American Rescue Plan to use, including through investment in small businesses and infrastructure.

The Los Angeles Times reported Monday that Garcetti will propose spending $791 million in the upcoming fiscal year to combat homelessness. Garcetti also is looking to use $160 million that was allocated for homeless issues this fiscal year but has not yet been spent, the Times reported.

Mayor Garcetti will deliver his annual State of the City address on Monday. He's expected to address the homeless problem in Los Angeles.

Other topics during the speech included community investment and youth investment programs.

The mayor has previously called for the city to use some of its American Rescue Plan funding to stabilize its finances and replenish the reserve fund.

"During this time, we took all of our savings account, our reserve fund, and spent it down so that we could protect you. We took out our credit card and starting buying things on credit like (personal protective equipment) and other things so that our hospital workers would be protected," Garcetti said on March 11 after the American Rescue Plan was signed by President Joe Biden.

"Now with this money, we can put that money back into the savings account, we can pay off the credit card and any cuts that we've made in critical services we can restore."

Los Angeles City Council President Nury Martinez on Wednesday called for the city to use the money to help women, families, children and underserved communities instead of balancing the budget.

According to Garcetti, the city's depleted reserve fund puts it in a dangerous place, and he doesn't want his successor or the people of Los Angeles to be saddled with debt.