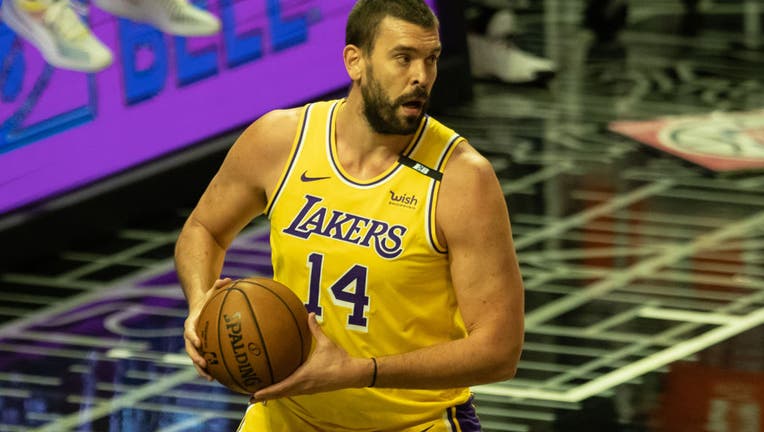 LOS ANGELES - The Los Angeles Lakers are trading Marc Gasol to the Memphis Grizzlies in a deal that sets the stage for his retirement, reports say.

The Lakers have also acquired the draft rights to Wang Zhelin from the Memphis Grizzlies.

Marc Gasol, the younger brother of Lakers legend and two-time NBA champion Pau Gasol, never quite found his groove with the men in purple and gold during his single-season in Los Angeles. Gasol’s trade also comes the day after the Lakers officially announced the signing of DeAndre Jordan.

Although Gasol did not earn a ring with the Lakers, he won an NBA championship in 2019 with Toronto. That year, Marc and Pau became the first set of brothers to win NBA titles.

According to ESPN’s Adrian Wojnarowski, the deal also includes a 2024 second-round pick and cash. The deal will reportedly save the Lakers $10 million.

However, Gasol, 36,  is not expected to play for the Grizzlies. Memphis and Gasol are set to work together on a wavier that would release him. This would allow him to retire in order to remain in Spain with his family as he desires, ESPN reported.