LA on record-setting pace for hate crimes in 2022

The city of Los Angeles is on pace this year to set another record for the number of hate crimes, topping a mark set just last year, according to data released Monday by a nonprofit news organization.

LOS ANGELES - City Hall, the Sixth Street Bridge and Dodger Stadium will be among the iconic Los Angeles structures lit up Thursday in a mosaic of colors as part of the city's first "LA For All" week. 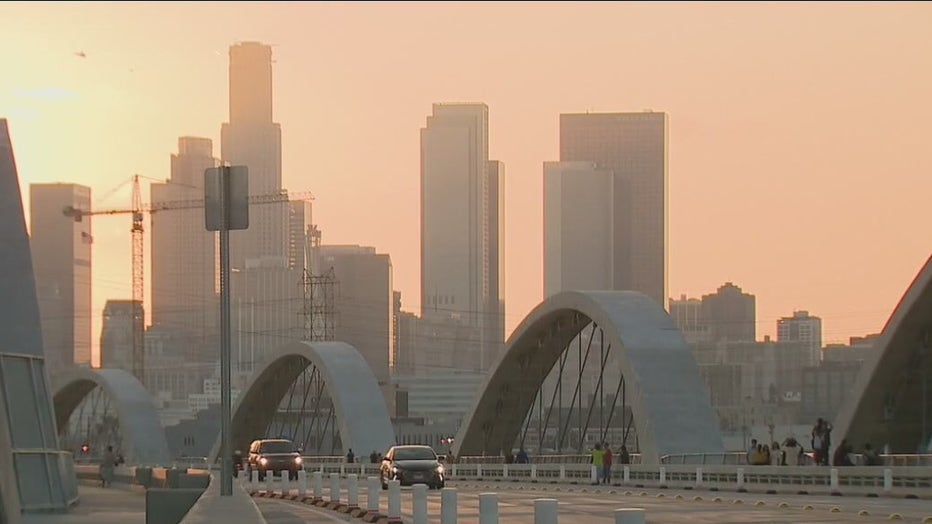 "LA For All" is part of the LA Civil Rights Department's anti-hate PSA campaign. Created in 2021 amid a rise in hate crimes across Los Angeles and the country, it includes 18 languages and has been displayed on over 5,000 ad spaces in the city.

"In Los Angeles we not only celebrate differences, we uplift them because that is where our strength comes from -- our diversity allows us to learn from each other and experience the otherwise unknown," Mayor Eric Garcetti said.

Events in the campaign include a student art show at Cal State Los Angeles on Tuesday and a resource fair in Lincoln Park on Thursday.

RELATED: LA on record-setting pace for hate crimes in 2022

Other structures lighting up on Thursday are: Union Station, the US Bank Tower, the pylons at LAX, Los Angeles Memorial Coliseum, USC's Galen Center, Metro Headquarters, the LA Zoo, LAFC's Banc of California Stadium and the Herald Examiner Building.

In 2021, Los Angeles recorded the most hate crimes among large cities in the United States, and an analysis from USC found that the city is on track to surpass last year's totals in 2022.

"LA's greatest strength lies in its diversity, but that diversity must be protected," said Capri Maddox, executive director of LA Civil Rights. "We are launching LA For All week because we can't sit by and watch hate continue to rise. We are standing together to make it known that Los Angeles is for everyone."