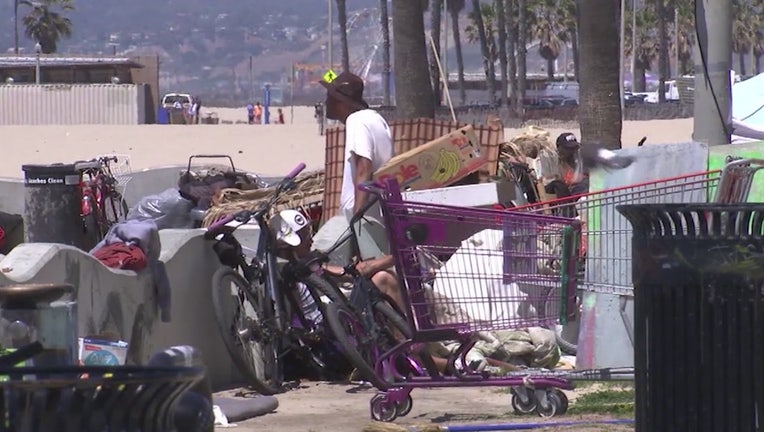 LOS ANGELES - The executive director of the Los Angeles Homeless Services Authority announced Monday he is stepping down at the end of the month.

For the past five years, Peter Lynn has been in charge of overseeing the operations of LAHSA as well as delivering the agency's reports on the county's rising homeless population.

Chief Program Officer Heidi Marston will fill in as interim director while a national search is conducted for a permanent replacement.

"It has been a tremendous privilege to lead this organization over the past five years," Lynn said in a statement. "I believe that LAHSA is stronger than it has ever been, and I have complete confidence in our management team and our chief program officer's ability to lead the organization during this transition."

LAHSA officials said that under Lynn's tenure, more than 80,000 people throughout the county were housed.

In the last five years, LAHSA took over the implementation of the homeless Coordinated Entry System that connects people to services, began annual full county homeless counts, created advisory boards with members that include people who have experienced homelessness, and expanded the opportunities for community based organizations to compete for public contracts.

"Peter's leadership of LAHSA came at a time when Angelenos took historic action and made generational investments in confronting the homelessness crisis," Los Angeles Mayor Eric Garcetti said. "I wish him success in his future pursuits and am confident that his successor will continue our work to help homeless Angelenos get the housing and services they desperately need."

Figures from the most recent Southland homeless count, released in June, found that more than 36,000 people are homeless in the city of Los Angeles, an increase of 16% since last year. Countywide, the homeless population jumped by 12%, to nearly 59,000 people.

Lynn told the Los Angeles Times he plans to stay in the homeless field, but would like to be involved in initiatives that he sees as crucial but beyond the scope of LAHSA, which could include mental illness and substance abuse treatment, as well as reentry programs.

"There's a tremendous amount of work there, and we have a long way to go," Lynn told the newspaper. "I think America, in general, provides really poor funding ... for mental health, substance use treatment. And I will say, people are really suffering for that."

Lynn said he plans to advocate for new housing models to address affordability, especially to replace the single-room occupancy hotels that have all but vanished in Los Angeles.

He also told the Times his decision to leave a job that paid him $242,000 a year was partly motivated by a nearly two-month medical absence after an August auto accident left him with a debilitating concussion. The time away allowed him to see things from a new perspective, he said.

"This was never going to be an easy task but, nevertheless, he welcomed the challenge and his leadership of the agency was important, necessary, and appreciated," Hahn said. "Homelessness across L.A. County has become more entrenched and more dire. This crisis demands a new approach that rises to the magnitude of this problem. It will be up to the next leadership at LAHSA to build on Peter's work and ensure this agency can meet this challenge."