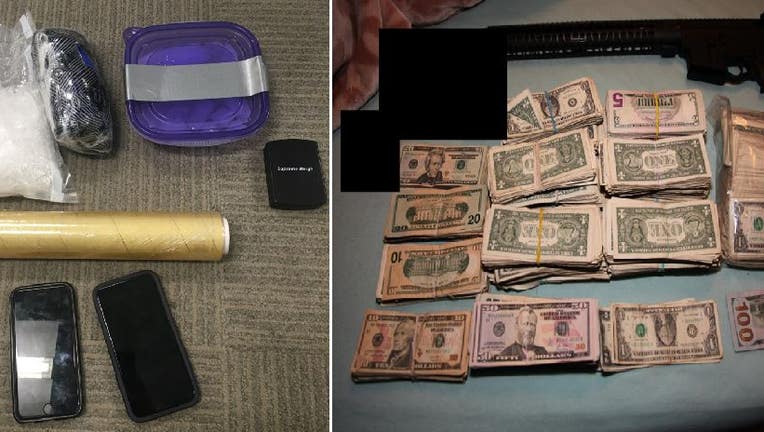 The arrests were part of a multi-agency investigation into gang-related crimes committed between Nov. 21 and Feb. 4, said Long Beach police Chief Robert Luna.

Police say their alleged crimes, two murders and five shootings, affected the lives of 19 male and female victims between the ages of 16 and 71.

"It is unacceptable that we have 16- and 17-year-olds from our community who are being recruited into the gang lifestyle and choosing to
terrorize, injure and end the lives of others,'' said Luna. "These arrests are a strong reminder to our community that it is our shared responsibility to identify and disrupt pathways to violence.''

They are also accused of five non-fatal shootings between Nov. 21 and Feb. 4, according to police. The three teens, whose names were not released because they are underage, are members of the same gang and were on probation at the time of their arrests, Luna said. All three are being held without bail.

Police seized five handguns, one rifle, three pounds of methamphetamine and an undisclosed amount of cash. They also arrested 10 adults for various crimes.

Alfredo Pina, 31, of Long Beach was booked for possession of a controlled substance for sale and is being held at the Long Beach City Jail on $100,000 bail, according to police.

Carlos Chavira Parra, 34, of Paramount, was booked for possession of a firearm and is being held in the Long Beach City Jail on $35,000 bail, police said.

The names of the other seven adults arrested were not immediately available.

Investigators believe the suspects generally targeted rival gangs or people connected with other gangs, and that some victims may have been hit by stray gunfire, Luna said.