LONG BEACH, Calif. - Some beaches in Los Angeles and Orange counties have reopened to water activities after a raw sewage spill in the Dominguez Channel estimated at up to 8.5 million gallons forced shutdowns for almost three days.

Beaches throughout Los Angeles County were initially closed Friday, while crews worked to clean up a sewage spill that started in the city of Carson Thursday afternoon.

Health officials are asking residents to avoid swimming, surfing and playing in ocean waters at the following beaches due to bacterial levels exceeding health standards: 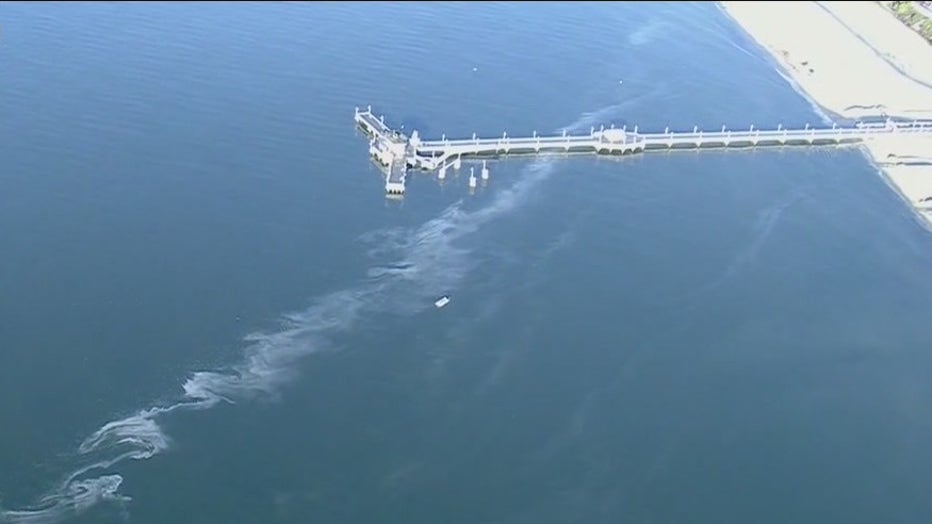 The following beaches have reopened:

Initial estimates from the California Office of Emergency Services were that 2 to 4 million gallons of untreated sewage made its way into the Dominguez Channel Thursday. Officials updated those estimates later in the afternoon and now believe anywhere from 6 to 8 million gallons of sewage had leaked. Crews believe cleanup will be completed Friday.

This all started Thursday afternoon, after a sewer mainline failed in Carson. The channel lets out into the Los Angeles Harbor at the Port of Los Angeles.

Millions of gallons of sewage spilled into the Pacific Ocean in Long Beach on New Year's Eve 2021.

Health officials are continuously monitoring the water and taking samples along the beach. California law requires beach closures in situations like this until the water meets quality standards. Until then health officials advise against going to beaches and even coming into contact with the water.

Crews in Carson discovered the spill around 3 p.m. Thursday near the intersection of 212th Street and Moneta Street. Officials say the sewer collapsed near the off-ramp from Interstate 110 to 220th Street. Crews worked throughout the night, and are still working to contain it. Officials still aren't sure what caused the sewer collapse or when the situation will be under control.