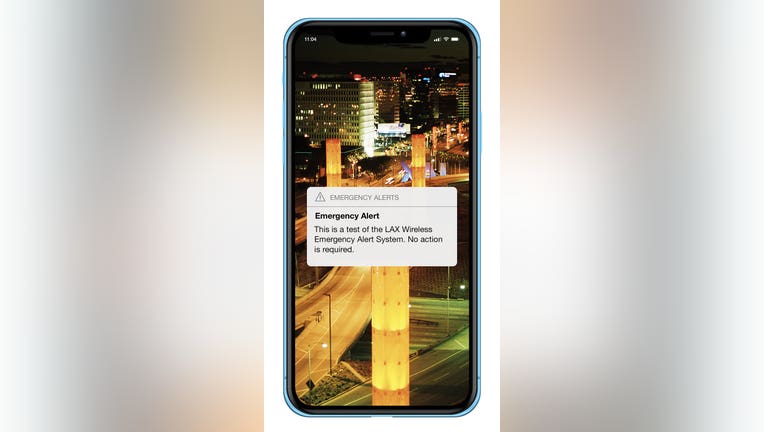 LOS ANGELES - Los Angeles International Airport will conduct a full-scale test of its mobile emergency alert system Wednesday morning, meaning people in a large area near the airport will receive test alerts on their cell phones.

LAX officials said the purpose of the Wireless Emergency Alerts system is to alert people about imminent threats to safety in their area. The system is the same one utilized for presidential alerts, Amber alerts and extreme weather warnings issued by the National Weather Service.

"Safety is the No. 1 priority at Los Angeles World Airports, and the Wireless Emergency Alerts system provides us with another way to send critical information during an emergency directly to airport guests," said Justin Pierce, the LAWA director for emergency management. "While we hope that we will never need to use this system, conducting a full-scale test of the system will ensure that we have the capability to reach tens of thousands of airport employees and passengers with potentially life-saving information."

Los Angeles World Airports is among the government agencies across the country that was granted authority by the Federal Communications Commission to utilize the WEA system, airport officials said.

The LAX test of the emergency messaging system will be conducted at 10 a.m. Jan. 15. The test messages will be sent to mobile devices within the area bounded by La Cienega Boulevard to the east, Imperial Highway to the south, Pershing Drive to the west and Westchester Parkway/Arbor Vitae Street to the north.

Some devices outside that area may also receive the alert, since the signals are sent by cell phone towers that may cover a broader area.

The LAX test message will read, "This is a test of the LAX Wireless Emergency Alert system. No action is required." 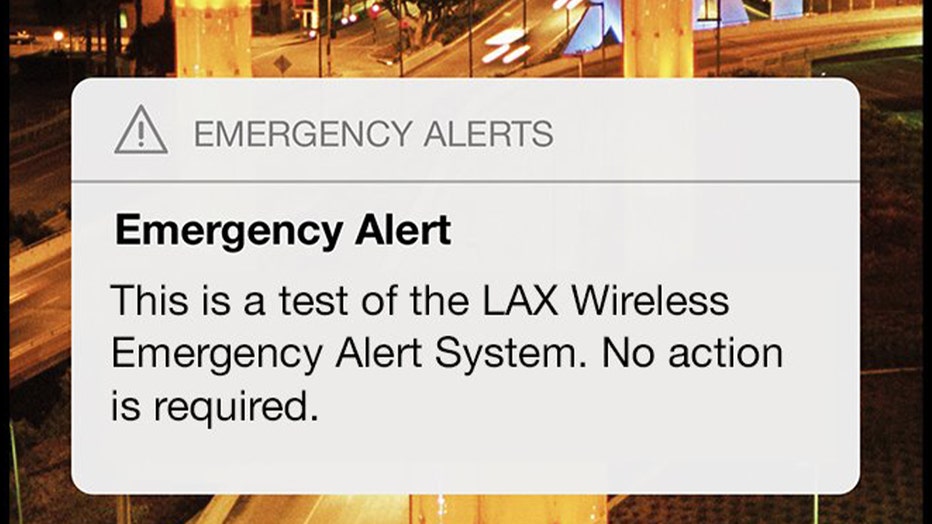 LAX will join other U.S. airports that have tested the WEA alert system, including Dallas Love Field and Denver International Airport.

According to airport officials, the WEA system has been used more than 49,000 times nationwide since 2012 to warn the public about dangerous weather, missing children and other critical situations.

In an actual emergency, the WEA messages would advise recipients of actions they should take to save lives and/or property. If an unforeseen emergency or hazardous situation occurs on the morning of Jan. 15, the test may be postponed until a later date.

More information about the WEA system can be found at the FCC website.