Taking a Lyft, Uber or taxi from Los Angeles International Airport is about to get more complicated.

LOS ANGELES - Taking a Lyft, Uber or taxi from Los Angeles International Airport is about to get more complicated.

An airport spokesman confirmed today that taxi and ride-hailing services will be barred later this month from picking up passengers at LAX terminals. Instead, passengers arriving at the airport will have to take a shuttle bus to a nearby parking lot to pick up a ride.

Ride-hailing services are currently permitted to pick up and drop off passengers at designated locations on the airport's upper/departure level.

Heath Montgomery, a spokesman for LAX, said the change isn't expected to take effect until 3 a.m. Oct. 29. He said more details would be released later, possibly at a Friday morning news conference at the airport. 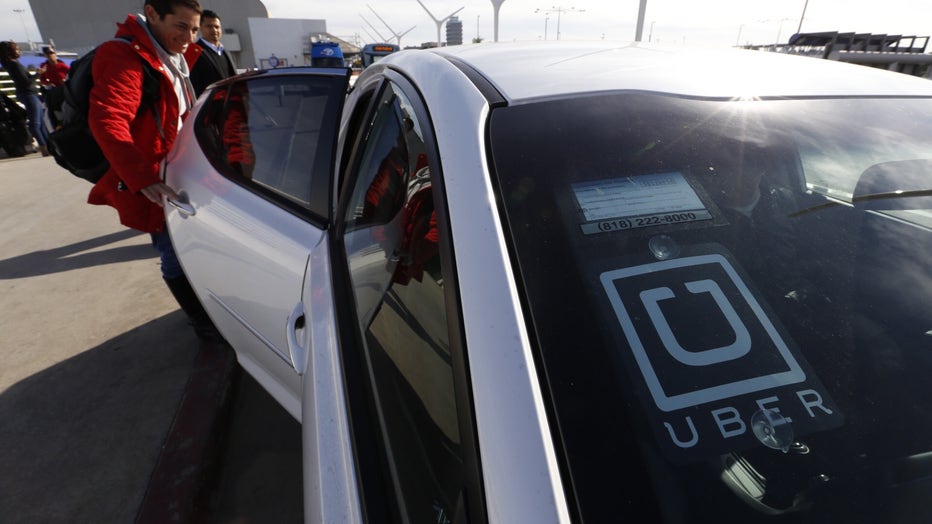 "We have been working closely with the Airport leadership regarding the impending infrastructure projects taking place at LAX. We look forward to continued collaboration on how to best reduce terminal congestion, lessen wait times for drivers and riders, and we are confident that we will be able to continue providing the best possible pick up and drop off experience for all Lyft users."

“While we have concerns with aspects of LAX's plan to move all rideshare pickups to a staging lot, we have shared those concerns directly with LAWA and will continue operating at the airport. In the meantime, we hope LAX will listen to and incorporate our input so that so that LAX passengers can continue to access rideshare service in a seamless way.”

According to documents obtained by the travel reporting website Skift, LAX's airline passenger traffic rose from 59 million in 2010 to 87.5 million last year, and the impact of ride-hailing traffic has contributed to growing traffic in the Central Terminal Area. According to Skift, roughly 26,000 ride-hailing vehicles used the airports roadways each day in August, accounting for about 27% of all commercial traffic at the airport.