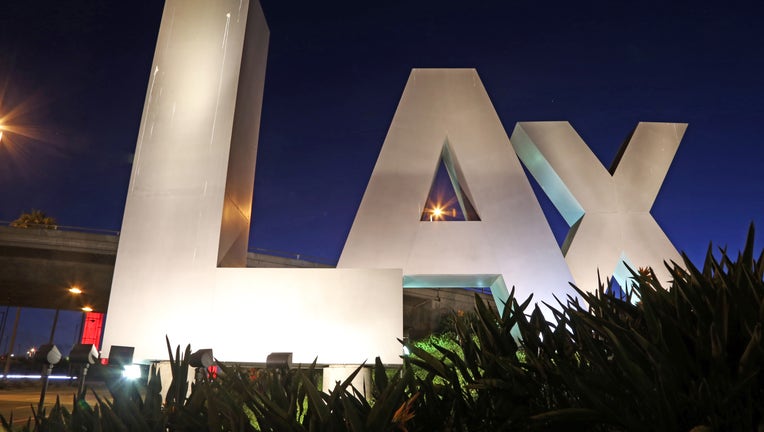 LOS ANGELES - A passenger arriving on an American Airlines flight to Los Angeles International Airport from Mexico City was hospitalized and quarantined after showing what health officials called “disturbing" symptoms, that indicate the patient may have been exposed to the deadly coronavirus,  it was announced Thursday.

American Airlines flight 2546 arrived around 6:45 p.m. Wednesday and was met by Los Angeles firefighters and police.

The Los Angeles Fire Department conducted a deep contamination process after the patient was transported to a local hospital Wednesday night.

This development comes a day after Los Angeles County public health officials said it was “very possible” the area will see at least one patient, given the number of people traveling between the Southland and China.

• Coronavirus: What to know about the mysterious illness

• How to avoid getting sick on a plane — and in general — as coronavirus, flu and common cold spread

Officials stress there have been no local case of the China-based coronavirus, but insisted the county is prepared to respond to any cases and they urged the public not to be fearful of anyone who may have recently traveled to China.

“Many people travel. ... We don't want people saying, `Oh you've been to China. You can't come to school or work,''' said Dr. Sharon Balter, the LA County Department of Public Health's director of acute communicable disease control.  “We don't want that. I think part of the reason we're talking right now is to say these are the things we're doing to get ready. If there is a case in L.A. County, we are prepared to react and this is how we'll do it.”

Barbara Ferrer, director of the Department of Public Health, also insisted that just because someone may have visited China -- or even the Chinese city of Wuhan, where the outbreak is centered -- it does not mean the person presents a health risk.

Ferrer said that while no local cases have been reported, Los Angeles' role as a major travel hub makes it likely that one will arise.

“I wouldn't say that it's inevitable that we (would) have an outbreak, I do think it's very possible we will have some cases, yes,” she said. “There's a lot of travel. We were one of the first three cities across the country that implemented screening at the airport because there is a lot of travel here from Wuhan city and from other parts of China.” Screenings were also implemented at New York's John F. Kennedy International Airport and San Francisco International Airport.

Ferrer said there have been an average of 40 to 60 passengers daily arriving at LAX from the Wuhan area since the health screenings began on Saturday, and thus far, none of the people screened at the airport have been flagged for additional testing.

She said if CDC officials determine an arriving passengers needs additional screening, arrangements would be made to transport the person to a hospital. Balter said if a person who returns from the area develops health issues, they should contact their health provider immediately.

“You should let your provider know right away, possibly with a phone call before you go to the doctor, that you've traveled in Wuhan and you're experiencing a fever or respiratory symptoms, and that you're concerned, and they can provide you guidance,'' she said.