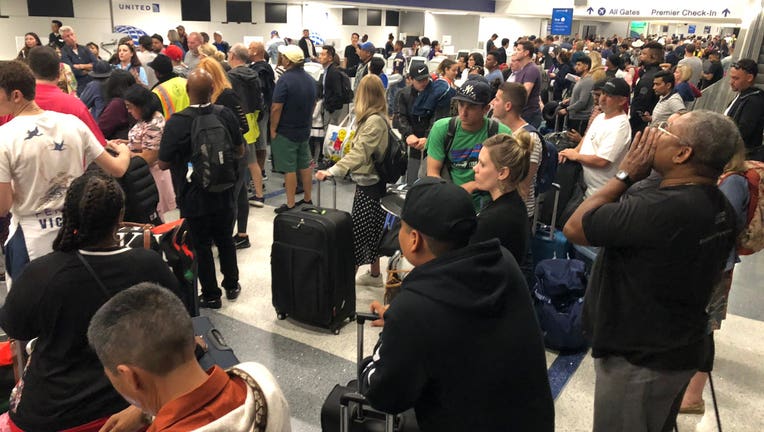 LOS ANGELES - The Thanksgiving travel rush isn't over yet, with Los Angeles Airport officials bracing for another rush of passengers Monday night.

According to airport officials, more than 90,000 people -- roughly the capacity of the Rose Bowl -- are expected to pass through LAX between 5 and 9 p.m. About the same number of people passed through the airport during a five-hour period on Sunday.

LAX officials advised people to add an extra hour to their airport commute and try to use public transportation as much as possible.

In the months and weeks leading up to the Thanksgiving travel season, airport officials said they invested "significant time and resources" to ensure smooth passage for travelers. LAX officials said they were pleased that travelers took advantage of mass transit options over the holiday, including the new LAX Holiday Shuttle, free Metro Rail and public bus passes, as well as increased FlyAway service.

The new LAX-it lot, where travelers connect with ride-hailing services or taxi drivers, also worked out but was consistently busy, airport officials said. For most of the day Sunday, wait times for all modes of transit at LAX-it were 20 minutes or less, but they were longer during peak travelhours, according to the airport.

Real-time statistics and updates on traffic conditions at the airport can be found by following @FlyLAXStats Twitter account.

This year's Thanksgiving travel season at Los Angeles World Airports has been one of the busiest on record, airport officials said.