Remains found near Joshua Tree amid search for missing woman

Searchers in Southern California have found a body in the Yucca Valley desert, two months after Lauren Cho disappeared in the area.

YUCCA VALLEY, Calif. - Human remains discovered in the Yucca Valley desert, near Joshua Tree, in early October have been positively identified as the remains of 30-year-old Lauren Cho.

Cho, who had been staying at an Airbnb rental with her boyfriend, went missing in the area two months prior to the discovery of the remains.

"The cause and manner of death is pending toxicology results," the San Bernardino County Sheriff-Coroner Department wrote in a statement Thursday. "No further information will be released on this case until such time toxicology results are available and new information is discovered as a result."

The unidentified human remains were located on Saturday, Oct 9, in the rugged terrain of the open desert, according to the San Bernardino County Sheriff’s Department. Now the coroner’s office is working to identify the remains and determine a cause of death. Authorities say the identification process could take several weeks. 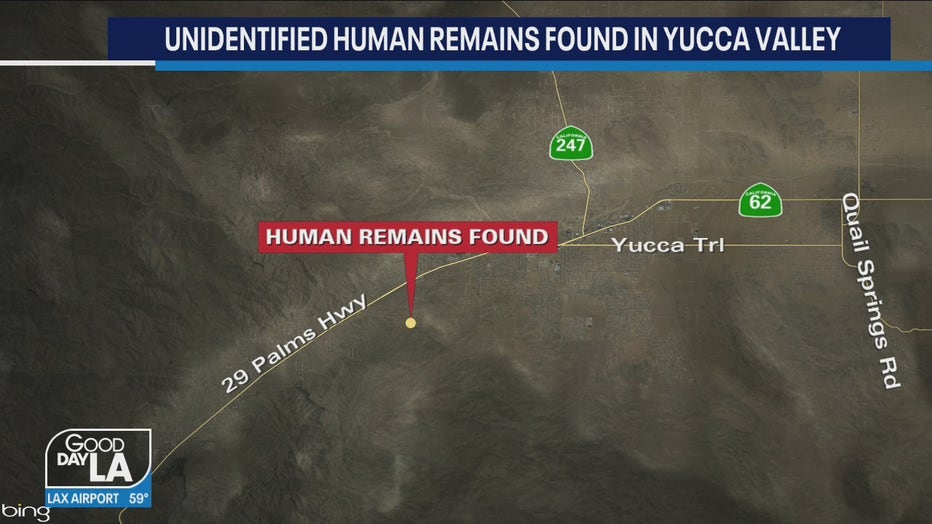 Cho was last seen on June 28 when she walked away from the rental property where she had been staying in the Yucca Valley. She was last seen around 5:10 p.m. near the home in the 8600 block of Benmar Trail, the sheriff's department said.

The sheriff's department said that they searched the area by air and on foot, with no signs of Cho.

In a previous statement to FOX News, the sheriff's department said that Cho had been staying at an Airbnb in Morongo Valley "with numerous other guests, including her former boyfriend."

"The investigation has been a priority for the department since Ms. Cho went missing," San Bernardino Sheriff’s Department Public Information Officer Mara Rodriguez said in the statement.

Cho was "upset" and presumably "walked away from the resort leaving behind her personal belongings." Her former boyfriend reported her missing after three hours, explaining that she was suffering from mental distress.

Anyone with information was urged to contact Detective Edward Hernandez or Sergeant Justin Giles, Specialized Investigations Division, at 909-387-3589.