LASD at center of discrimination lawsuit

LASD is under fire tonight, this time from someone alleging racial discrimination against a whistleblower.

LOS ANGELES - For most of her 26-year career, Lt. Sidra Sherrod-Strong has had an impeccable record with the Los Angeles County Sheriff’s Department — but she says after becoming a whistleblower, the department placed her under investigation.

"I think it was intimidation… ‘We need to just shut her up, we don't want her talking about anything,’" said Sherrod-Strong.

Through the years, Lt. Sherrod-Strong has held numerous positions ranging from patrol, recruit training and most recently Commander of the Food Services Unit.

"I was selected to command a unit that covered 60 plus locations all over LA County and we did food preparation or service all over Los Angeles, reaching not only our kitchens but also county contracts with 35 contract cities and also providing food to our 23 station jails," she explained.

However, Sherrod-Strong says the food services unit has had serious problems for years and it has led to inmates being fed spoiled food. She showed FOX 11 a photo of the bread that was given to 3,000 inmates on more than one occasion. 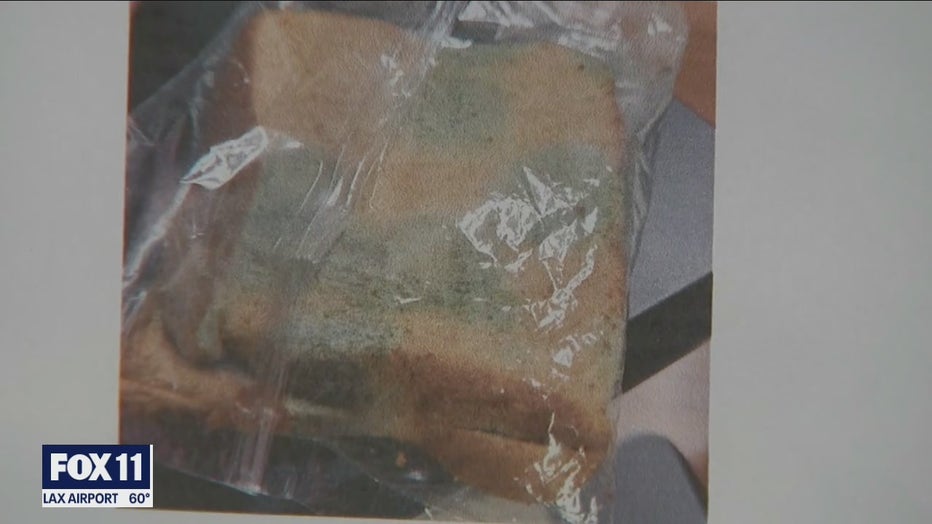 "The bread was moldy and should never have gone out served as a meal in any way form or fashion," said Sherrod-Strong.

The incidents were reported and so was the manager who was allegedly aware of the spoiled food before it was served to the inmates, but Sherrod-Strong said nothing was done about it.

"I was numb and then honestly I was disgusted," she told FOX 11.

Then, in October of 2019, Sherrod-Strong said $15 million suddenly disappeared from the unit’s budget.

"It was shocking, it was a little scary because I'm entrusted with $30 million, now $15 million of that is gone," she said.

Four months later, the $15 million reappeared. Sherrod-Strong claims she later learned the department was hiding funds because the Board of Supervisors was cutting the budget.

"It was like this way, they'll know how bad the department is hurting and they're not going to let the inmates starve," said Sherrod-Strong.

She filed another a report and a complaint on the Food Services manager who seemed to be ignoring her orders.
That’s when Sherrod-Strong learned that manager had allegedly told another supervisor, "You know how Black women are, they have attitudes!"

"I’m sitting there realizing this is not something that I can just go, ‘Oh, he said that, no big deal.’ This is mandated reporting kind of stuff and it went from there," said Sherrod-Strong.

Again, nothing happened to the manager. Instead, Sherrod-Strong was the one who found herself in trouble.

"I then was suddenly placed under investigation and transferred myself," she said.

Her husband, Lt. Eric Strong, who is running against Sheriff Alex Villanueva in the upcoming 2022 election, thinks there is another reason his wife is suddenly under attack.

"We have a long, long history with Alex and so I do truly believe this is a little bit of retribution of more than 15 years ago, as well as the fact that I’m running against him," he said.

The LA County Sheriff’s Department issued the following statement: "LASD is aware of allegations of misconduct by members of our department. We are currently looking into these allegations and have partnered with our county partners, the Office of County Investigations, to remain fully transparent throughout this process."

For Sherrod-Strong, all of this is overwhelming. She said, "It’s sorely disappointing, 26 years later, cuz I really like what I do."