An investigation was underway after a Los Angeles County Sheriff’s Department employee was killed and a woman was hospitalized following a crash in Temple City early Thursday morning.

TEMPLE CITY, Calif. - A deputy with the Los Angeles County Sheriff’s Department was killed and a woman was hospitalized with severe injuries following a horrific crash in Temple City overnight, police said.

The victim was identified by the LA County coroner’s office as Cameron Blain Fish, 33, of Temple City.

A family friend told FOX 11 Fish worked at Men’s Central Jail and was a baliff at the court. 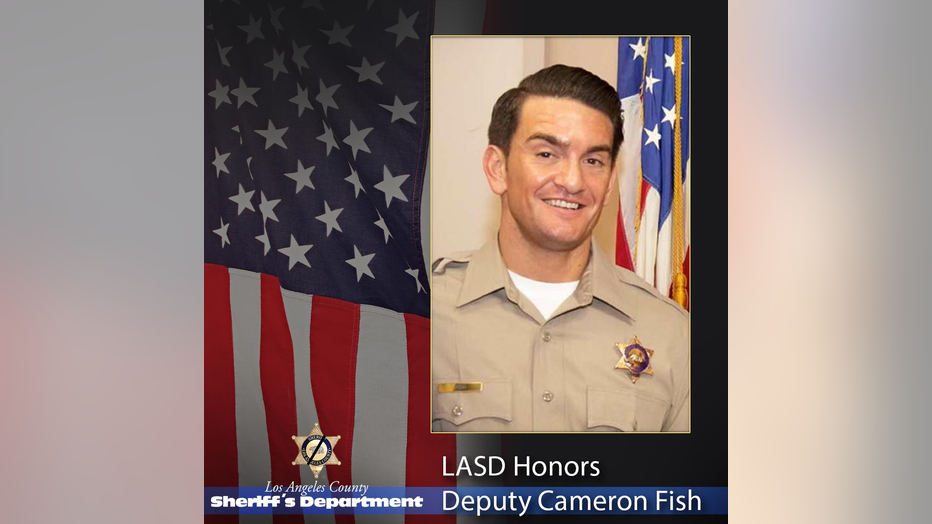 According to the California Highway Patrol, Fish was driving at a high rate of speed and lost control.

"The Cobra roadster veered to the left, off the road and onto a center median, striking a raised street sign and a light pole,'' CHP said. "The impact caused (him) to be ejected from his vehicle. ... It is unknown if either of the occupants were wearing their seatbelts or if alcohol and/or drugs are a factor in this crash."

"The LASD family is saddened by this loss, and extends our condolences to Deputy Fish’s family," the sheriff's department wrote online.

Any witnesses or anyone with further information on the crash were urged to call the CHP Baldwin Park Area office at 626-338-1164.