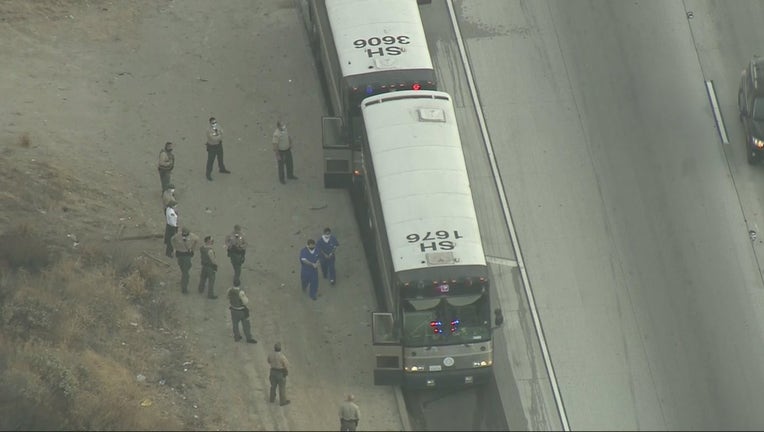 According to officials, a Los Angeles County Sheriff's Department bus caught on fire in the southbound lanes of the 5 Freeway near Calgrove Boulevard in Santa Clarita.

The fire was put out before firefighters arrived at the scene, officials tell FOX 11.

No one was hurt in the fire.